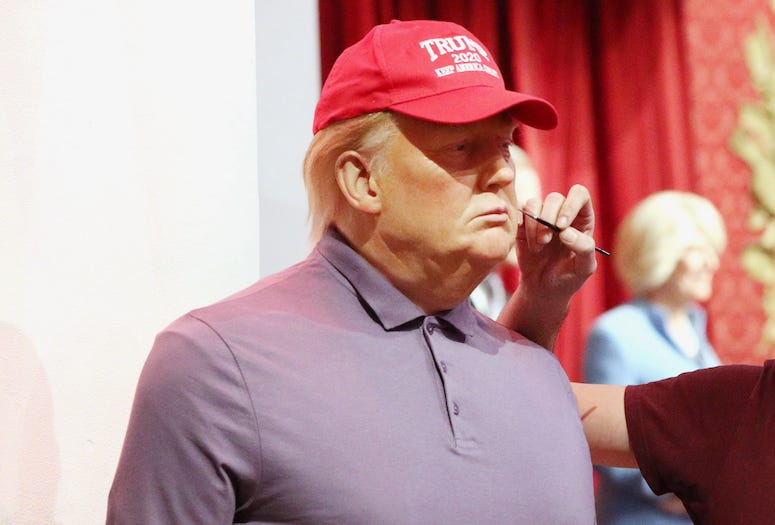 Wax figure of Donald Trump getting touched up Photo credit Press Association
By Miles In The Morning, 98.7 KLUV

There's a notable figure absent from the floor of Louis Tussaud’s Waxworks in San Antonio, Texas, as a figure of former president Donald Trump had to be moved to a storage closet because people wouldn't stop punching it.

The museum tried what it could to protect the figure of the 45th president, including placing him in the lobby where he could constantly be monitored by employees. Unfortunately, plenty of visitors were still moved to violence even while employees were watching.

In addition to the regular punches, the statue also had several "deep, cathartic scratches to the face."

According to regional manager Clay Stewart, this isn't a new phenomenon. He said via Consequence of Sound, "We’ve always had trouble with the presidential section because no matter what president it was — [George W.] Bush, Obama or Trump — they’ve all had people beat them. The ears were torn off Obama six times. And then Bush’s nose was punched in. People are just aggressive about their political party.”