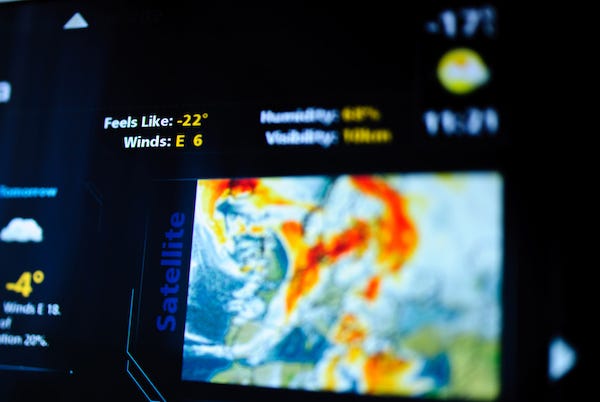 ABC 7 in Chicago weatherman Greg Dutra made quite the discovery in the middle of the news broadcast Thursday morning.

Normally a HUGE discovery regarding the weather might be a bad thing, but this revelation made Dutra about as giddy as a child.

In the middle of the broadcast, Dutra discovered that his weather map was actually a touchscreen, something he had NO CLUE of before!

After discovering he could move and manipulate the map in a variety of ways, Dutra adorably loses it having found this new toy he gets to play with!

This wasn’t in the training manual! @TBrownABC7 @valwarnertv and I go OFF THE RAILS when I discovered the TV is a touch screen while on-air on @ABC7Chicago 😂 pic.twitter.com/almrdxqz3d

Anchor Terrell Brown was so excited, he had to test it out also!

"This is a great day!" Dutra exclaimed after realizing he could zoom in on the screen as well.