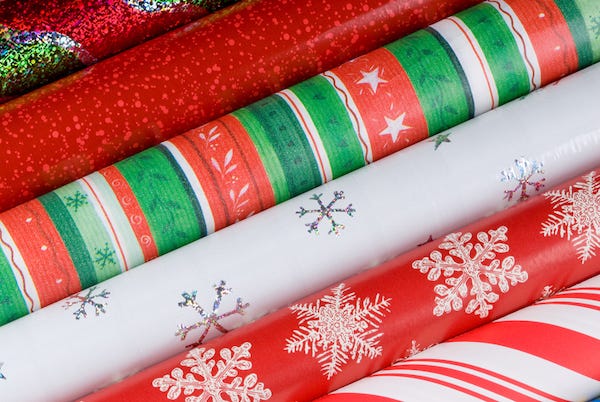 A mother of four wrapping Christmas presents for her kids should’ve done a double-take on what wrapping paper she was using.

Had she realized, she probably would’ve swapped it for something less…pornographic.

The Australian mother named Nicole did not realize that the wrapping paper she was using was incredibly X-rated, and featured cartoon images of an aroused snowman, and a couple of reindeer getting a little frisky.

“I purchased them online and only noticed when I was wrapping my third present – thankfully the first two were for me and my partner!” Nicole said per the New York Post.

“When I first saw it I had to send photos to my friend and mother to see if they noticed anything off while wiping laughing tears from my face.”

Nicole has no plans on ditching the paper, but has had to adjust her wrapping technique to hide the graphic images from her kids.

“I have only wrapped small presents in it now with strategically placed name labels,” she said.

“I find it hilarious and have showed everyone. I put the post up on social media in case someone hadn’t noticed or may have left it too late to buy more paper … and to give people a laugh!”