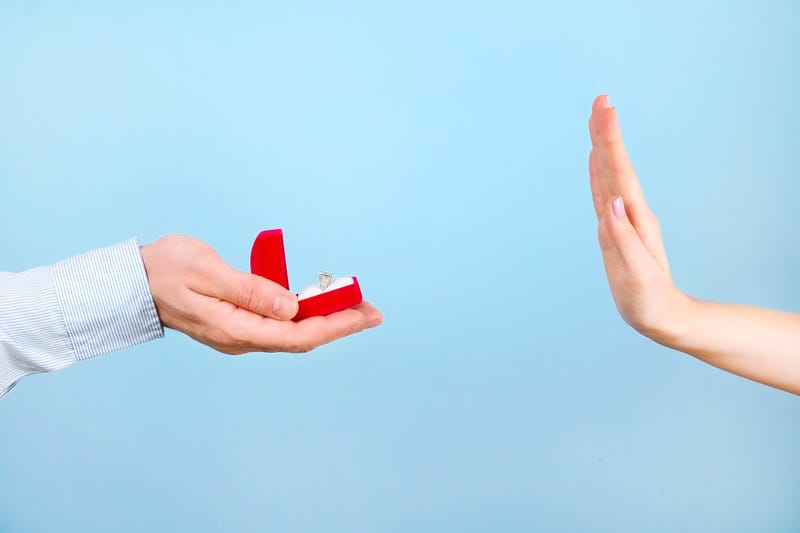 We've all seen the big screen proposals at sporting events where the guy gets down on one knee, the girl says "yes", and the crowds erupts into applause. But there are also the awkward ones where the person gets denied.

That's precisely what happened to a couple attending a Worcester Red Sox (Boston's Minor League team) game. The duo is on the Jumbotron, everyone has their phones out, the young man assumes the position, pulls out a box, and then she had an unexpected reaction. The almost-bride-to-be covers her mouth, puts both hands in the air as though police had directed her to, shakes her head no, backs away from him, and darts up the steps into the grandstand.

The camera's "Kiss Cam" logo flashes on the board as she bolts through the crowd repeating, "I'm so sorry, I'm so sorry." The boyfriend chases after her, and the crowd is heard asking wtf just happened. Normally, I think these are staged, but this one seems uncomfortably legit.