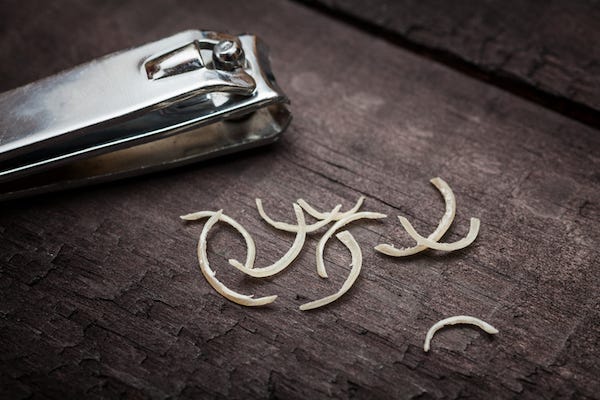 The ways people make money (a TON of money) these days never ceases to amaze us.

Honestly, after we learned about the woman who’s selling her farts in a jar we shouldn’t be surprised by anything anymore, but there’s a woman from North Carolina who is making nearly $10,000 every month by selling her toenail clippings online.

It’s not just toenail clippings, either.

The 28-year-old Rebekka Blue says she charges between $98 and $356 for anything between her bathwater, armpit hair, used earbuds, toenail clippings, and even her contraceptive coil.

Blue said per the New York Post that she doesn’t throw “dirty things” away anymore.

She explains, “If I’m in the mood for a new wardrobe, I can sell my dirty clothes to get new items.  I offer a selling service that brings pleasure and makes the buyers feel good in a safe environment.”

“I basically make money from anything that is attached to my body,” she said.

Blue said she’s hopeful to use the money she’s earned to set up her own animal shelter.