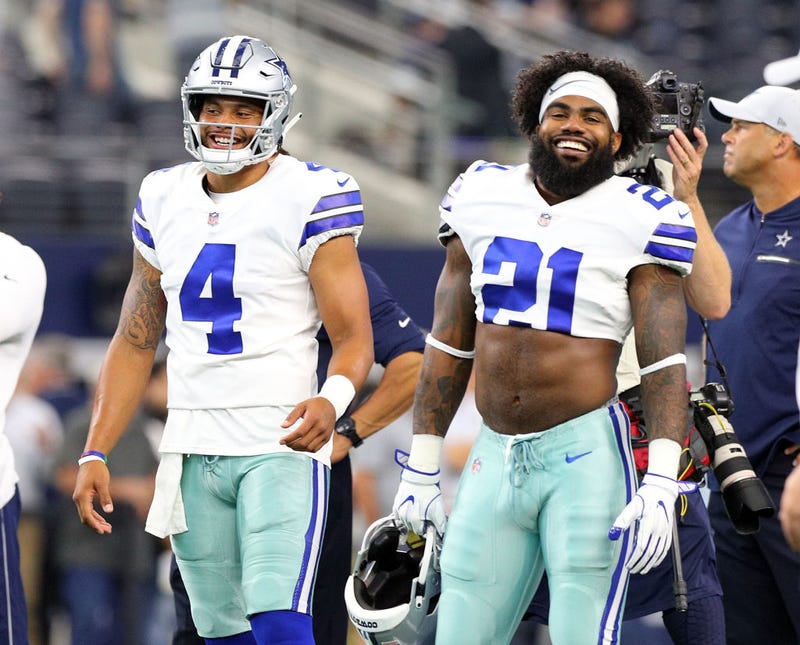 Some pairings just fit as though they were made for each other: Peanut butter and jelly, dogs and bones, Dak Prescott and Ezekiel Elliott. The dynamic duo has been tight since their first season together six years ago. There is one thing they appear to disagree on though... COVID vaccinations.

In a press conference Thursday, Zeke confirmed that he had received the shot (9:13- mark). He added that he believes it each player's personal decision how to manage their own health. He wanted to be vaccinated for the safety and health of his teammates.

On Friday, Dak was asked by the media if he, too, had been injected. His answer was, "I don't think that's exactly important. I think that's HIPAA." So we know that means the answer is most likely no. He included that the team will do whatever it takes to meet NFL guidelines so maybe there's hope for him yet.

Tune in LIVE from Oxnard, CA for press conferences from Mike McCarthy and @Dak! presented by @americanair https://t.co/wgXRskjVNi