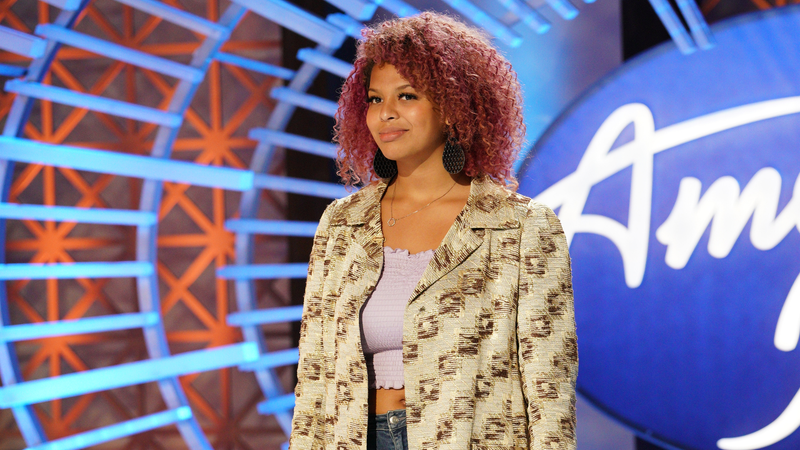 Alyssa Wray, remember her name ya’ll, because according to Katy Perry, Luke Bryan and Lionel Richie, she’s here to say. That’s right, and not only that, on Sunday’s episode of American Idol the Kentucky native was even compared to megastar Beyoncé. Yes you read that right, it says Beyoncé.

Saving the very best for last, for the episode’s final audition, 18-year-old Wray sang “‘I A Changing’ in the style of Jennifer Hudson,” and it was every bit the definition of epic.

If you didn’t have a chance to catch the episode, we’ll gladly catch you up on what went down. From the very moment Alyssa started singing, all three judges we’re captivated and and before she was even half way through, Perry, Bryan and Richie we’re brought to their feet. Once she concluded, Lionel could no longer hold his excitement and had to jaunt across the room before sharing his exceedingly delighted thoughts about the performance that just went down.

“Did you just hear what I heard?,” the “so happy” Lionel rhetorically proposed after her breathtaking performance. Luke went on for at least a few minutes all about Alyssa’s undeniable presence, starting off, “the most challenging thing in entertainment is to have a presence. That means: door opens, crowded room, and people go, ‘Who is that? Where’s she from? Who’s her publicist? Who’s her manager?'"

“It’s sparkling, what’s sparkling?,” Katy joined Luke in the complementary witty banter and later added in another Perry-esque quip, whipping out a pink lipstick tube before delivering her rave review, “I just want to touch up my makeup, because this moment, when it goes down in history, I want to be looking my best as well.”

Standing at 6-foot-2 with a headful of magenta curls and a voice like that, Alyssa undoubtedly stands out in her small town of Perryville (no relation to Perry, it was discussed). Unvaryingly, same could be said for her standing in the already fiercely competitive season, in which the judges have already deemed far more than just 10 singers “top 10 material.”

But what Alyssa has going for her that those others don’t, besides being called “once in a generation,” by Lionel freaking Richie, Luke also compared her to Beyoncé. Actually his exact words we’re, “How cool was it to be in the room with that? You just saw Beyoncé get born.” Which you can hear him say at the very end of Yahoo’s recap vid of the episode here.

Before the judges made all of Alyssa’s dreams come true, giving their resounding and at the point very obvious yeses, Lionel noted, “How lucky are we to be able to say we knew you when, and we had something to do with it!”

Next, Alyssa got her golden ticket, hugged her Mama, who had rushed in the room after the good news was delivered and they both enthusiastically exited the audition room. Safe to say it isn’t the last we’ve seen of Alyssa Wray, and not just because she’s now officially part of the 19th season of the hit singing competition show.