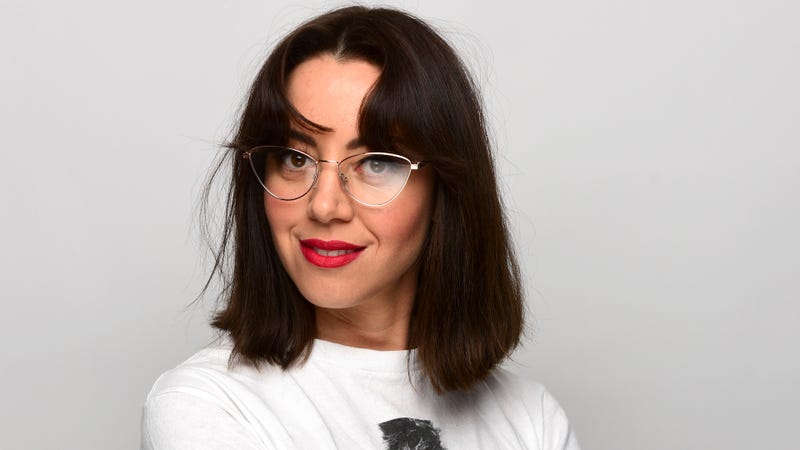 Actress Aubrey Plaza joined Conan O’Brien for a recent episode of his Conan O’Brien Needs A Friend podcast to chat about her breakout role as April Ludgate on Parks and Recreation.

“Basically, I came out to LA because I was up for Judd Apatow’s movie Funny People, which I got,” Plaza explained before sharing how the part of April Ludgate essentially fell into her lap. “Because I made it up the ranks and the audition process for that, I flew out to LA for one week to do a chemistry read with Seth Rogen and then while I was in LA, Alison Jones [casting director] was like, ‘Would you mind going on a couple other meetings? How do you feel about that?’”

“I had no idea what was going on… it was crazy because I had nothing going on for me in New York… I was like ‘Sure, I’ll go to any meeting you want, lady,’” Plaza laughed.

The meetings ultimately led her to the set of The Office where she met with Mike Schur [Priducer] and Greg Daniels [Screenwriter] who were in the process of passing around new ideas for a new show, Parks and Recreation.

With minimal effort, Plaza ended up landing the part that would change her career forever. Listen to the full episode above to hear more about her discussions with Schur and Daniels and her new movie Emily the Criminal.

The Conan O’Brien Needs A Friend podcast features host, Conan O’Brien as he seeks deep, long-lasting friendships with celebrity guests. With nothing off limits and no rules to follow the weekly podcasts are sure to entertain with new guests each week.