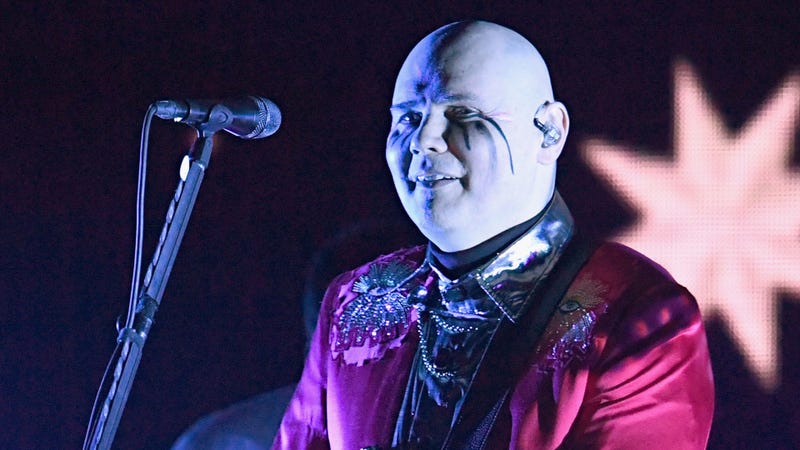 After years of not talking, The Smashing Pumpkins are back together, something frontman Billy Corgan never thought would happen. Stopping by Audacy’s WFAN studios to talk with Boomer & Gio, Billy got candid about the band's difficult history, re-formation, his source for creativity and more.

“One band member I didn’t talk to for 16 years, y’know and there was lawsuits… and you think like never again. Like never, never, never again,” Billy said in regards to his prior thoughts of The Smashing Pumpkins picking things back up.

“Not only to be back together, but be happy, families are backstage, everybody’s on the same wavelength y’know as a team, it’s huge.”

When asked what it was that triggered his change in thought, Billy answered, “It takes you a hot second to realize that what you created when you were young and you didn’t really know what you were doing is really special. Not just to others but to yourself. You don’t realize that you captured lightning in a bottle. And you think ‘oh I’m gonna go capture another lightning in another bottle,’ it just doesn’t work like that.”

Putting their past differences and issues aside, Smashing Pumpkins are back smashing things up together on stage and we’re all better for it.

Curious about the source of his creativity, Billy was asked “where do the ideas come from, how do you write all the song? You got 33 songs coming out.”

Prefacing his reply by stating, “this may not be the proper venue for a psychological evaluation,” Billy got candid about his abusive childhood, saying ”being hyper-active intellectually, I couldn’t voice my opinion in my home because if I did I got my teeth knocked out.” Admitting that led him to internalize his emotions, “I built this whole ice cream castle world in my head that only existed to me. So when I was able to finally give it voice in my late teens, the first reaction was, ‘What is this? Where does all this come from?’”

Coming full circle, after the release of their second and breakout album Siamese Dream, Billy’s super hyper-critical musician father called him and said, “I don’t know who this person is that wrote this record.”

“It was one of those weird moments in your life,” Billy expressed, “where you feel proud because you’ve sort of topped the master at the chess board. In essence I showed him something he didn’t think I had. He basically already made up his mind that I was gonna be a loser. And I the same point, I thought how sad, because I was right in front of you all those years.”

For more on the band’s rift, and early days of breaking into music and business with all its difficulties and eventual triumphs, plus so much more, listen to the entire interview above.