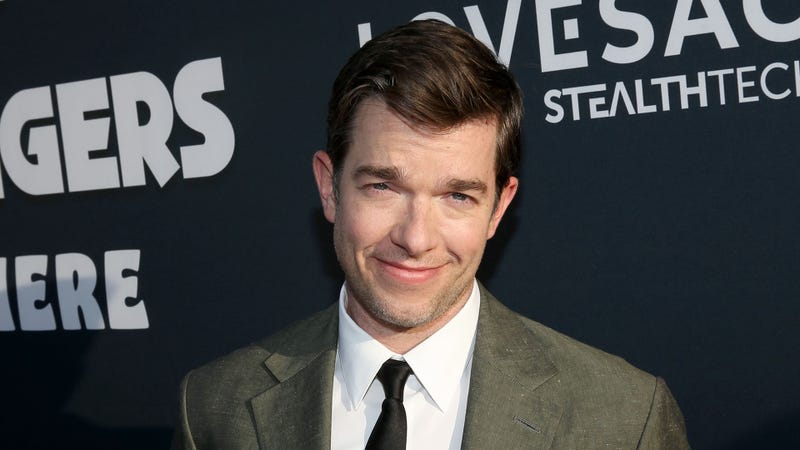 Comedian John Mulaney showed another side of himself during a recent episode of the Fly on the Wall Podcast as he joined hosts and Saturday Night Live alumni, David Spade and Dana Carvey for a discussion where he opened up about his struggles with drug addiction.

LISTEN NOW: John Mulaney on the Fly on the Wall Podcast

While it wasn’t all serious notes during Mulaney’s conversation on the podcast, he opened up and got vulnerable about his past with addiction and how it made him question his career.

“I didn’t know if I’d be on a stage again,” he shared of his darkest days. “I was at a point where it’s not only today was miserable, but I could almost guarantee you tomorrow would be miserable.”

He continued, “It wasn’t like ‘I can’t do standup without drugs,’ because I didn’t use and then do stand up — that isn’t really what was happening. It was more like, ‘I have absolutely no idea how to manage my life.’”

Mulaney shared that prior to the 2020 intervention that lead to his highly public trip to a rehab was not the first time he struggled with addiction. He had also used drugs regularly in his early 20s.

“I had a lot of problems when I was in my early 20s and I had stopped by age 23,” he said. “I had a long bout of sobriety, but through prescription drugs and other things, [I] started to slip and then slipped hard.”

He continued, “It was a bit like a horror movie where I was like, ‘How did I [get here?]… I was sort of like, ‘I don’t trust being alone with me.’ It’s like, I’m the person that did all this damage to myself. When you’re a drug addict, you’re with the person who has tried to destroy you — all the time.”

Since his completion of rehab, Mulaney has been doing well and is seeing much brighter days as he became a first-time father in November of 2021. He continues to thank fans for their support and is thankful to still have a spot on the stage making people laugh.

“I’m very grateful for people who come to my shows,” he said. “It’s not that I think that revelation about me [addiction] would make people not come — I don’t mean that — I just want to be a realist about entertainment. To maybe have one kind of image and then have it be made clear I was dealing with a lot more stuff, and then have people still come, I feel very lucky to be there physically be there on stage, I feel so lucky. It feels so nice.”

Listen to more about Mulaney’s struggles as well as some of the best memories the guys have from their experiences on SNL on a new episode of Fly On The Wall podcast, available now!

Spade and Carvey’s Fly On The Wall podcast takes listeners behind the scenes to reminisce the duo’s most memorable moments with some of their favorite friends. Each episode features never-before-told stories surrounding their careers and how they made their way to SNL.