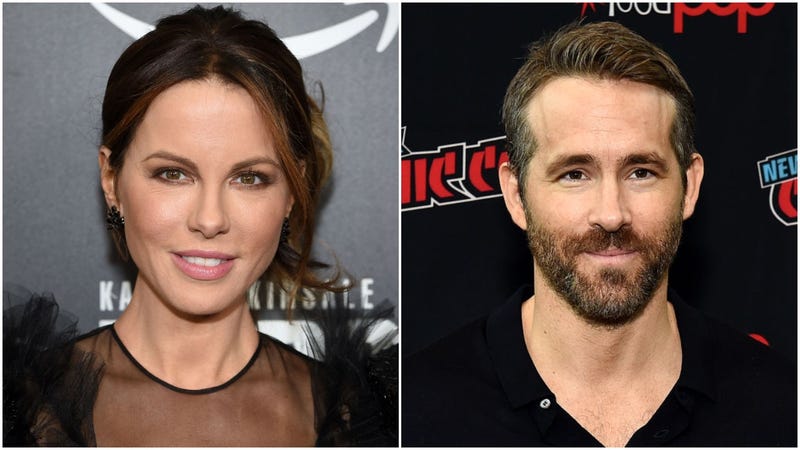 The British actress appeared on "The Tonight Show With Jimmy Fallon" and said she really resembled the "Deadpool" star.

"I look exactly like Ryan Reynolds," Beckinsale said. "Like, in a shocking way. Like, when sometimes I see a bus going by with a poster on it, I think, 'Damn, I look hot. Oh, wait, that's not me. Also, I've never done that movie,'" she continued.

In the interview Jimmy Fallon held up a side-by-side photo of the actress and actor and said, "I don't really see it."

Beckinsale said she is certain that both her and Reynolds look alike.

"I've wrestled with how, obviously, he's not even like a sort of slightly-girly-boy-bander type," Beckinsale said. "He's like a big Canadian man and I really see myself in him," she continued.

She also added that the two can't be in the same room as each other because she thinks it would explode or something would happen.