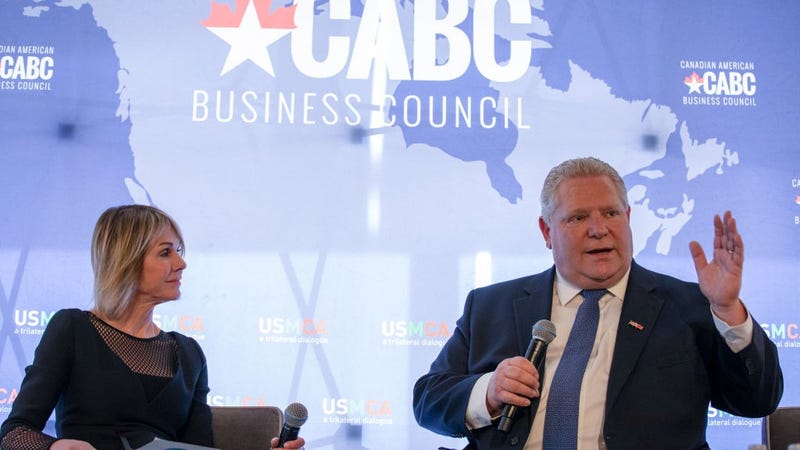 In what could have easily been mistaken for a "Saturday Night Live" skit, Ontario Premier Doug Ford swallowed a bee while speaking at a press conference about health care on Friday, according to CBC News.

The audience was surprised to what happened at first and expressed their concern for Ford after he swallowed the bee.

The 57-year-old then took a drink from a water bottle to wash out his mouth and began to joke with the crowd, knowing that he was ok and the video would go viral online.

"I'm good, he's down here buzzing around right now, he has a lot of real estate," Ford said.

"Now if that was in the clip, ok, this is going to be replayed over and over again."

"Holy Christ, he's wedged in my throat. Sorry guys, little bugger got away in there. I'm ok, he's buzzing in there. Man, he went right down the hatch," Ford added while laughing with the audience.

Ford continued to laugh with reporters and then tried to get back on track to the original speaking point.