Rebel Wilson continues to make progress during her “Year of Health.”

While on a hike in Australia, the “Pitch Perfect” star showed off her slimmed down figure on Instagram.

She struck a fierce pose on top of the cliff after arriving at Barrenjoey Head Lighthouse in Palm Beach.

In the scenic shots, Wilson is seen wearing a blue Gymshark spandex bodysuit that shows off all her curves.

"#PalmBeach #Hayden #Pooches4Lyfe ps my athleisure is @gymshark," she captioned the photos.

She shared a few more photos from the hike with the caption “closer each day," likely referring to the goals she set for herself at the kickstart of 2020.

The 40-year-old actress has been documenting her weight loss and fitness journey on social media for her eight million followers.

Last week, she posted a series of photos of herself breaking a sweat during a fun kickboxing class.

Another post showed Wilson putting in the hard work by flipping a heavy tire, which is a popular CrossFit exercise.

She even showed off her dedication by doing a stair challenge that found her running up and down the stars at the Opera House.

While promoting her Amazon Prime show “LOL: Last One Laughing,” the actress explained that she was paid to remain large in the past, adding the demands to stay overweight took a toll on her mentally.

“I had a job where I was paid a lot of money to be bigger, at times which kind of can mess with your head a bit,” she explained.

During a June 13 appearance on Australia’s Nova 96.9’s, Wilson said her journey is equally about her physical health as it is about her emotional wellbeing. 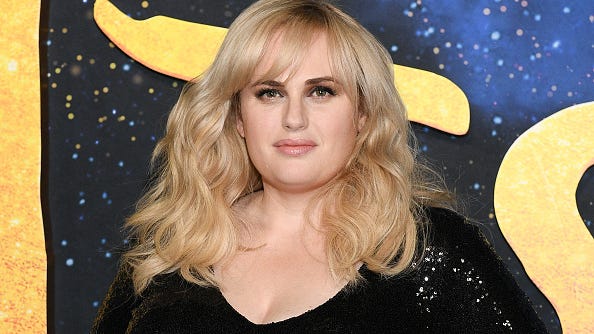 “I’m a bit of an emotional eater. So I’ve been trying to work on my mind, listen to a lot of podcasts about it and trying to learn and grow. Because it is half in your mind as well. It’s been going well though,” she explained.

The comedy star ended on a high note adding, “hopefully by the end of this pandemic I’ll be ripped.”