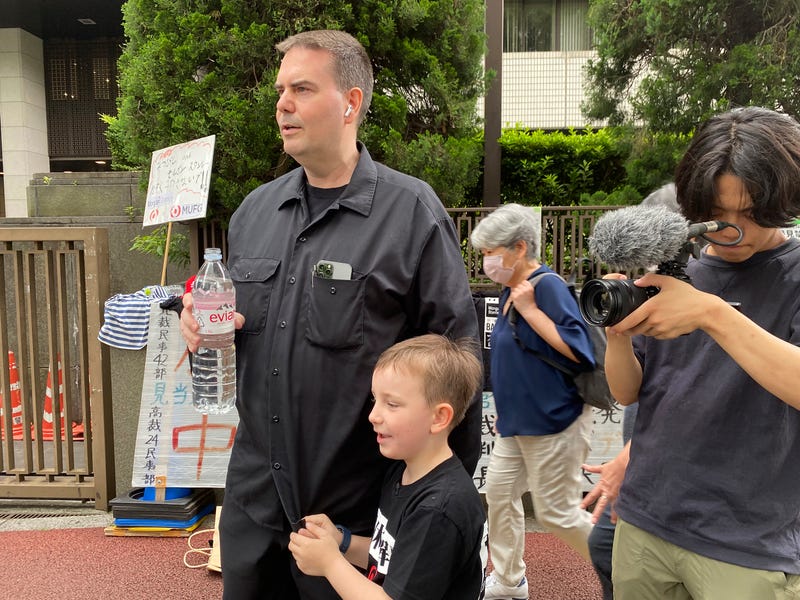 The case of Glen Wood, a Canadian who has lived in Japan for more than three decades, has come to symbolize concerns over “paternity harassment,” or “pata hara.” Wood's is a rare case, for Japan, of a father seeking to take parental leave. Maternity harassment is more common.

Wood began his fight in 2017, alleging he was harassed and forced from his job after taking parental leave when his son was born in 2015.

The company rejected Wood's request for parental leave. His son was born prematurely and he rushed to see him though the company told him to just keep working, according to the lawsuit.

When Wood returned to work in 2016, he was stripped of some of his responsibilities and excluded from business meetings, according to court testimony. The company dismissed him in 2018.

In a 21-page ruling, the Tokyo High Court rejected the harassment claims. It defended the company’s acts as “inevitable.”

Wood said he would take his case to the Supreme Court, even if that means the legal battle might continue until his son, now 6, is in college.

“Harassment is never an acceptable form of management,” he said at a news conference at the health and labor ministry.

Japan's population is shrinking and its birth rate is among the lowest in the world. Despite the outcome of Wood's case so far, the government has made parental leave a policy priority, allowing absences of up to 12 months. But actual practice hasn’t lived up to the law.

The Tokyo District Court ruled against Wood in 2020, saying it did not find “reasonable grounds” for believing there was harassment. It also criticized Wood for taking his case public instead of quietly resolving the dispute with the company, which has made some changes to its parental leave policies since Wood’s dismissal.

Yoshitatsu Imaizumi, one of Wood’s lawyers, said the case still could be contested on various grounds including Woods' dismissal for having complained about harassment. That would potentially violate the right of workers to bring up harassment, he said.

Wood, who has appeared in court and news conferences with his son, said he was not giving up his fight to ensure men can take parental leave without fear of retaliation.

“Standing up for parental rights is actually a gift that I’ve been given. And I’m happy to do that, not only for Japan but for the world,” he said.