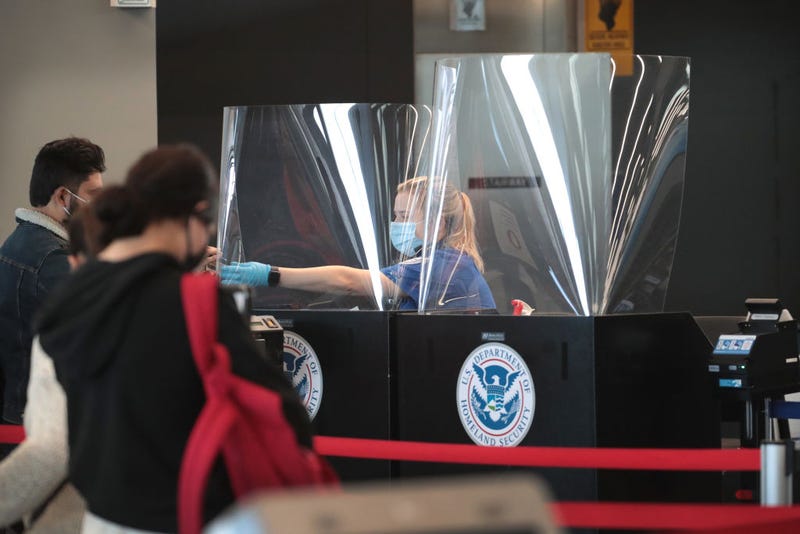 A Transportation Security Administration (TSA) agent screens an airline passenger at O'Hare International Airport on October 19, 2020 in Chicago, Illinois. Yesterday the TSA reported that it had screened over 1 million passengers, representing the highest number of passengers screened at TSA checkpoints since March 17, 2020. During the week ending October 18, TSA screened 6.1 million passengers nationwide, the highest total since the start of the COVID-19 pandemic. (Photo by Scott Olson/Getty Images) Photo credit Getty Images
By Lauren Barry, WWL

Since that start of the COVID-19 pandemic last March, more than 10,000 employee cases of COVID-19 have been reported by the Transportation Security Administration, according to Nexstar Media.

As of Friday, the total number of cases had climbed to 10,243, said an agency representative. U.S. airports with the highest number of recorded cases among TSA employees included:

The TSA has listed every U.S. airport where an infected employee was stationed on its website, including whether they worked in a screening or non-screening capacity as well as the dates of the most recent infection at each airport.

So far, the TSA has only recorded 27 deaths related to the cases, not counting two found among screening contractors. Most who have been infected have already recovered and as of Friday, 515 employees were still struggling with an active infection.

“The 27th employee to pass away following a COVID-19 illness, he will be fondly remembered for his dedication t