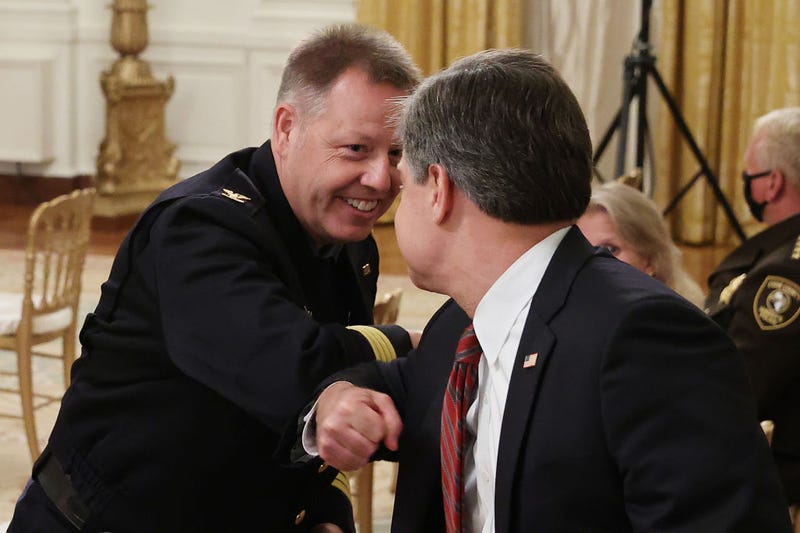 KANSAS CITY, Mo. (AP) - The embattled Kansas City police chief has announced that he is retiring just four days after a white officer on the force was convicted of manslaughter in the shooting of a Black man.

Chief Rick Smith, who has faced repeated calls to resign, will retire in 2022.

Capt. Leslie Foreman, a spokeswoman for the department, made the announcement in a statement Tuesday. She said Smith made a commitment to stay in the position no more than five years when he was hired in August 2017.

The announcement followed a City Hall meeting earlier in the day with Smith, Mayor Quinton Lucas and the Board of Police Commissioners' president, Mark Tolbert. The mayor's office provided no details about the meeting.