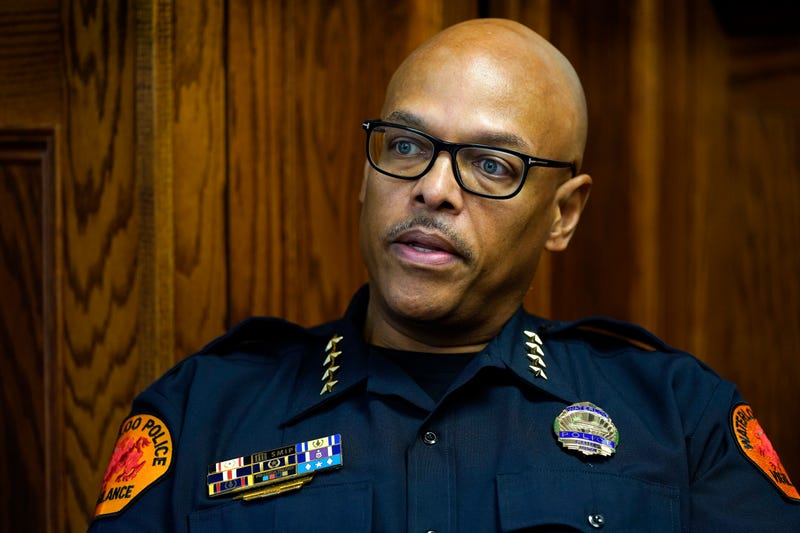 WATERLOO, Iowa (AP) — The first Black police chief in Waterloo, Iowa, is facing intense opposition from some current and former officers as he works with city leaders to reform the department, including the removal of its longtime insignia that resembles a Ku Klux Klan dragon.

Joel Fitzgerald says his 16-month tenure in Waterloo, a city of 67,000 with a history of racial divisions, is a “case study” for what Black police chiefs face as they seek to build community trust and hold officers to higher standards. In an interview with The Associated Press, he said the attacks were driven by misinformation and racism toward him and his boss, the city's first Black mayor.

“I don’t think there’s been any police chief in America in a small- or medium-sized department that have endured this for the reasons I have endured it and I think the reasons have to do with race,” said Fitzgerald, who previously served as the chief of larger departments in Fort Worth, Texas and