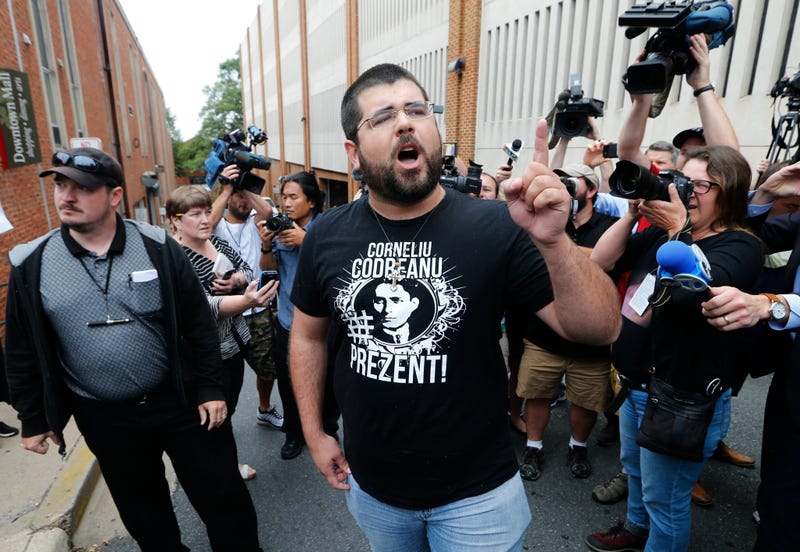 RICHMOND, Va. (AP) — Nine people who sued white nationalist leaders and organizations over the violence at a deadly rally in Charlottesville in 2017 won a $26 million judgment for the injuries and trauma they endured. But whether they will be able to collect a significant chunk of that money remains to be seen.

Many of the defendants are in prison, in hiding or have dropped out of the white nationalist movement. At least three of the far-right extremist groups named as defendants have dissolved. And most of the defendants claim they will never have the money needed to pay off the judgments against them.

“I have no assets. I have no property. You can't get blood from a stone,” said Matthew Heimbach, who co-founded the far-right Traditionalist Worker Party with fellow defendant Matthew Parrott. Their neo-Nazi group fell apart after Heimbach was arrested in 2018 on charges that he assaulted Parrott, his wife’s stepfather. The men had argued over Heimbach’s alleged affair with Parrott’s wife, according to court documents.

Heimbach said he is a single father to two young sons, works at a factory and lives paycheck to paycheck. He said the plaintiffs’ lawyers who sued him “just wasted $20 million to try and play Whac-A-Mole with public figureheads.”

Months before the trial, Richard Spencer, one of the most well-known white nationalists in the country, told a judge his notoriety has made it difficult for him to raise money for his defense against the “financially crippling” lawsuit. He said the ca