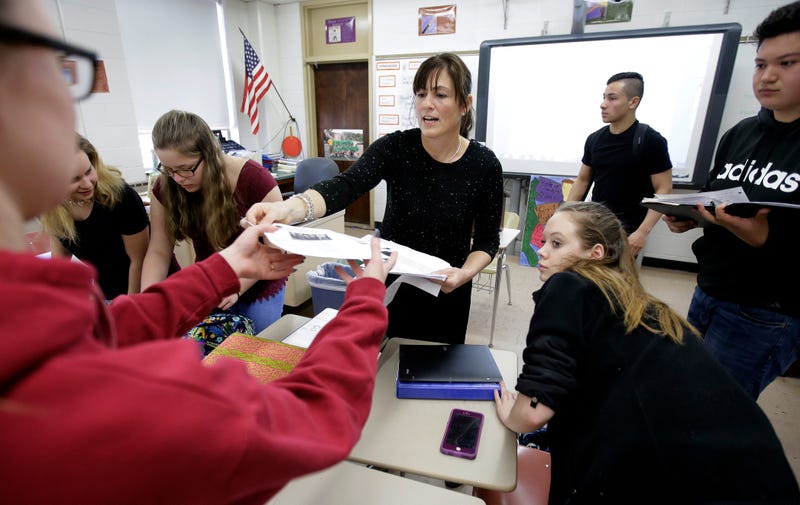 Students in Rhode Island are asking a federal appeals court to affirm that all public school students have a constitutional right to a civics education, saying that they aren't taught how to meaningfully participate in a democratic and civil society and that the Jan. 6 insurrection at the U.S. Capitol was a symptom of such ignorance.

Students nationwide need to know how to participate in the political process, effectively exercise their constitutional rights and learn skills like media literacy to distinguish accurate from false information, their lawyers argue.

The plaintiffs have asked the 1st U.S. Circuit Court of Appeals, based in Boston, to reverse a lower court's dismissal of the case, declare there’s a constitutional right to an adequate civics education, and send the case back to district court.

Such a judicial declaration is urgently needed, their brief to the court argues, in light of the events of Jan. 6 that were carried out by “a mob motivated by a fundamental misunderstanding of the congressional role in counting electoral votes.”

Oral arguments will be heard Monday.

Musah Mohammed Sesay was a high school senior when he became a plaintiff in 2018. He said then that he hadn’t been exposed to even the basics of how to participate in democratic institutions. He said he wasn’t taught how local government works or how decision-makers are affected by the citizens they govern.

Moira Hinderer joined the lawsuit on behalf of her 10-year-old daughter, June. She has taken June to watch City Council meetings in Providence, and they visited the State House to see people give testimony. When they went together to the federal court for this case, June asked, “What’s a judge, what’s a court?”

“I just feel like a lot of that is on me as a parent, to try to explain these concepts to the best of my ability and show her how things work,” said Hinderer, of Providence.

“Participating in democracy requires tools,” she said Tuesday. “And if we are raising young people to become citizens in a democracy, that requires some thoughtfulness about how they’re educated.”

The defendants include Rhode Island's governor, education commissioner and other education authorities. Their lawyer, Anthony Cottone, told the appellate court in a brief that binding legal precedent has established there’s no fundamental right to education under the U.S. Constitution.

“The appeal should be denied and dismissed and Rhode Island’s sovereign right to determine what is taught in its schools preserved in accordance with Supreme Court precedent,” the brief states.

U.S. District Judge William Smith in Providence dismissed the lawsuit a year ago, ruling that while it is clearly desirab