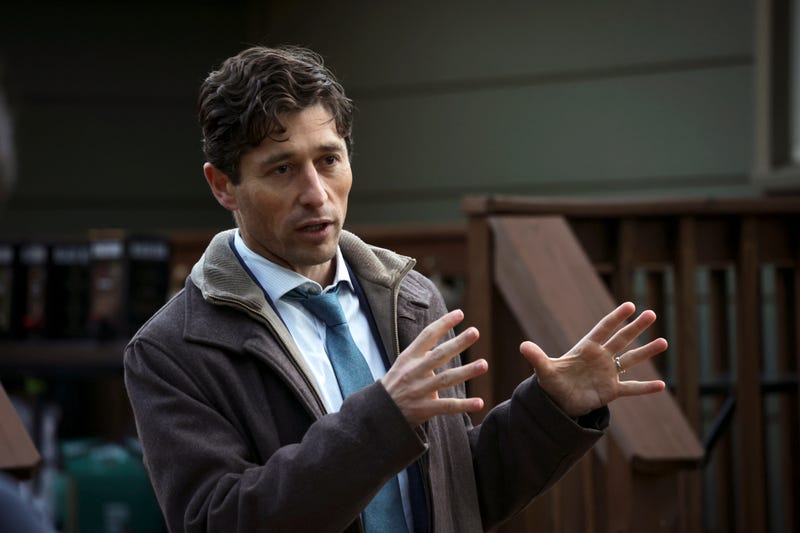 MINNEAPOLIS (AP) — Minneapolis Mayor Jacob Frey was the face of the city through some of its darkest days — the death of George Floyd under an officer's knee last year and rioting that marred the ensuing protests, including the burning of a police precinct after Frey ordered officers to abandon it.

Frey, a Democrat, is now in a tough fight to keep his job as the city tries to rebuild since Floyd's death in May 2020 sparked the most widespread unrest in the U.S. since the Rodney King riots. Tuesday's election will likely turn on how voters view Frey's efforts to find a middle road in a city sharply divided by questions on racism, policing and crime.

Frey has positioned himself as a defender of keeping the police department — and against the most liberal and vocal progressives seeking a symbolic victory in Floyd's city.

“There’s not a mayor in the country that is content with the pace of change, and count me in on that vote,” Frey, 40, said in an interview. “But we have passed a litany of reforms and changes, more than any mayor in the history of this city.”

During the worst of the unrest following the death of Floyd, a Black man, under white Officer Derek Chauvin's knee, conservatives accused Frey of failing to stem the riots or crack down on soaring crime and gun violence.

But he has also been pilloried by many on the left for not doing enough to overhaul Minneapolis police. Most of his serious challengers in a 17-candidate field are more liberal than Frey in a city that last elected a Republican mayor 64 years ago. Some have made a mantra of the slogan “Don't Rank Frey” — a plea for voters to leave him off their ballot in the city's ranked-choice voting system, thus increasing the chances someone else will win.

Frey's fate may well be tied to a ballot question that asks voters whether they want to replace the police department with a new Department of Public Safety. The ballot question would drop a requirement that the city have a police department and a minimum number of officers. Opponents have said that could mean too few officers; supporters have dismissed that as fear-mongering.

The mayor opposes the ballot question. He notes it doesn't include a clear plan for whatever would replace it, and that it would shift sole oversight of police from the mayor's office to a system that gives the 13-member City Council more input.

Two top challengers, Sheila Nezhad and Kate Knuth, both support replacing the current department. Nezhad was a leader of the campaign behind the ballot question. Knuth is a former state representative and environmental justice activist.

Progressive groups have united around the two women and the “Don't Rank Frey” strategy, including U.S. Rep. Ilhan Om