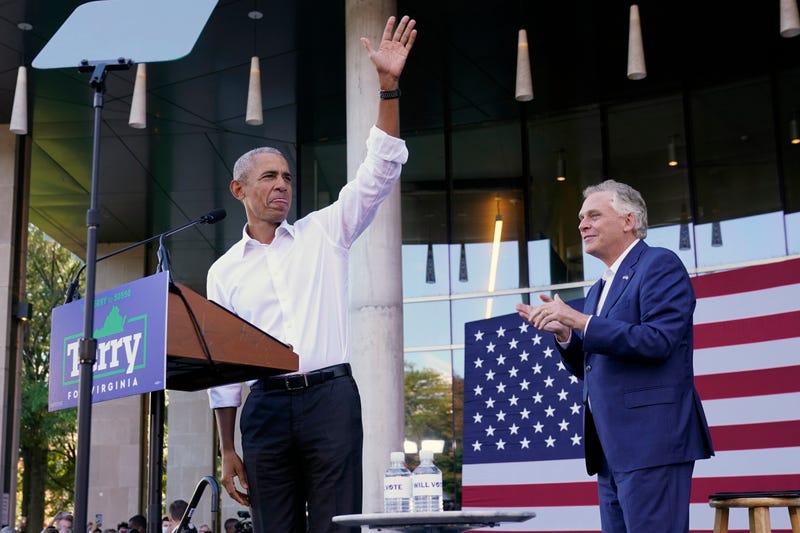 Obama accused Youngkin of portraying himself as a friendly everyman while encouraging what Obama called “lies and conspiracy theories” about widespread voting fraud in the 2020 elections. Former President Donald Trump has continued to push the false narrative about election fraud, which fueled the Jan. 6 insurrection at the U.S. Capitol.

“Either he actually believes in the same conspiracy theories that resulted in a mob, or he doesn’t