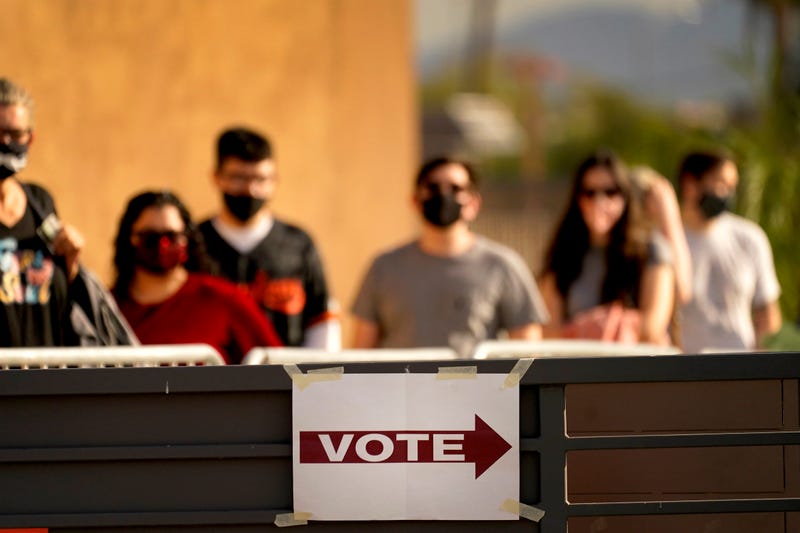 PHOENIX (AP) — Ron Watkins, one of the most prominent figures in the QAnon conspiracy movement, said Monday he is running for Congress in Arizona because the state is at the forefront of the fight by many Republicans over the 2020 election results.

Watkins, a prominent promoter of false claims that the presidency was stolen from Donald Trump, said he wants “to fix the elections from inside the machine."

“In the past year or so, I’ve been really involved in election integrity issues and especially out in Arizona, so I decided to come out here and just take it to the next step,” Watkins told The Associated Press in a brief phone interview.

Arizona has been the epicenter of the push by Trump many of his supporters to find evidence backing the former president's false claims that the 2020 election was marred by fraud. Trump supporters hired by state Senate Republicans to recount ballots and review election data confirmed Biden's victory but spun falsehoods about deleted data, double voting and other malfeasance in a report that ignored basic facts about how elections are run.

For several weeks, Watkins has posted videos on the social networking site Telegram of his unsuccessful efforts to speak with Republican Attorney General Mark Brnovich, whom he is pressing to file charges over the claims of election irregularities.

Watkins has been vague about his ties to Arizona.

Watkins said he lived in Yuma briefly as a child, guessing it was between the ages of 5 and 7, but couldn't remember if he attended school there. As supporting evidence of his Arizona ties, he emailed a photo of him as a child with his father and the family dog at the Grand Canyon. He also said he has family in the state but declined to elaborate.

Watkins said he moved to Arizona “about two weeks ago” but repeatedly refused to say where in the state he's living, citing death threats he said he's received. On papers filed with the Federal Elections Commission, he lists the address of a Phoenix condominium that has been owned since 2014 by Liz Harris and her husband, according to Maricopa County property records. Harris led a group of volunteers who interviewed voters at their doors and published a report claiming there were tens of thousands of “lost” and “ghost" votes, but it had no supporting evidence and drew nonsensical conclusions.

For his campaign headquarters, Watkins lists a Sedona address that appears to be a post-office box. He said he plans to live in the same district as Democratic Rep. Tom O'Halleran once the new congressional district boundaries are finalized.