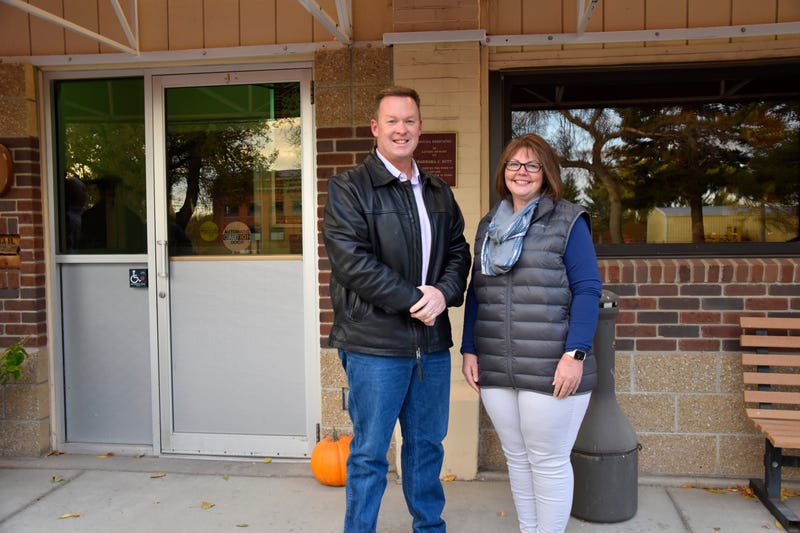 CASCADE, Mont. (AP) — For the first time in 30 years, the Census has awarded Montana a second seat in Congress. On paper, that leaves the state's redistricting commission with the easiest task of all its counterparts across the country: Divide the expansive state in half.

Nothing is ever that simple in redistricting battles, as political parties jostle for control over maps that will give their candidates an advantage and the simple act of drawing a line becomes a fraught battle over the identity of the state.

In Montana, Republicans are pushing to separate the two booming college towns of Bozeman and Missoula in the western half of the state. Putting the two Democratic-leaning communities in different districts would make it hard for Democrats to win either seat. Democrats want to consolidate their strongholds in one district that would give them a fighting chance to win a House seat. They argue the towns — filled with craft brew drinkers, liberal academics, remote workers and California transplants — share more in common with each other than the vast expanse of rural ranches and farms between them.

The bipartisan commission is set to select the district boundaries on Thursday. With little common ground between the commission’s two Republican and two Democratic members, much of the decision may fall on the nonpartisan chairperson, Maylinn Smith, who was appointed to the commission by the state's Supreme Court.

She has a history of giving small donations to Democratic political candidates in the state, but has said her experience working as a judge in several tribal court systems has given her the ability to act impartially.

To Republicans, there's a simple solution — a neat line splitting the state into eastern and western districts that puts Bozeman in the eastern one and Missoula in the western one. They contrast that with the more tortured route Democrats propose to lump the two cities together.

“When you have a shape that isn’t even a shape, it’s looks like the C from the Cookie Monster, that is not a reasonable district,” said Jennifer Carlson, a Republican state lawmaker from a town 20 minutes outside Bozeman.

But Democrats say it's not that simple. Terry Cunningham, deputy mayor of Bozeman, notes that his city along with Missoula and the state capital of Helena are the only three in the state that have voted for carbon reduct