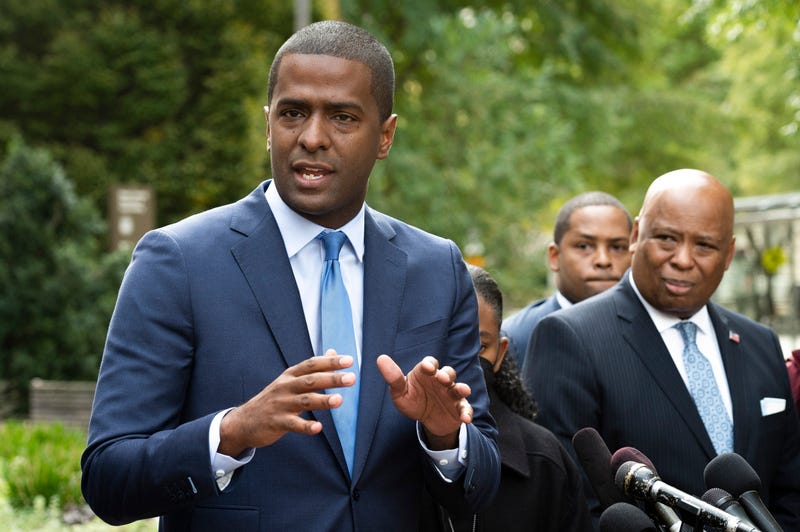 WASHINGTON (AP) — Families of nine victims killed in a racist attack at a Black South Carolina church have reached a settlement with the Justice Department over a faulty background check that allowed Dylann Roof to purchase the gun he used in the 2015 massacre.

The Justice Department will pay $88 million, which includes $63 million for the families of the nine people killed and $25 million for five survivors who were inside the church at the time of the shooting, it was announced Thursday.

Bakari Sellers, an attorney who helped broker the agreement, told The Associated Press the "88” figure was purposeful. It's a number typically associated with white supremacy and the number of bullets Roof said he had taken with him to the attack.

“We’ve given a big ‘F you’ to white supremacy and racism,” Sellers told the AP. “We’re doing that by building generational wealth in these Black communities, from one of the most horrific race crimes in the country.”

Months before the June 17, 2015 church shooting, Roof was arrested on Feb. 28 by Columbia, South Carolina police on the drug possession charge. But a series of clerical errors and missteps allowed Roof to buy the handgun he later used in the massacre.

The errors included wrongly listing the sheriff’s office as the arresting agency in the drug case, according to court documents. An examiner with the National Instant Criminal Background Check System found some information on the arrest but needed more to deny the sale, so she sent a fax to a sheriff’s office. The sheriff’s office responded it didn’t have the report, directing her to the Columbia police.

Under the system’s operating procedures, the examiner was directed to a federal listing of law enforcement agencies, but Columbia police did not appear on the list. After trying the separate West Columbia Police Department and being told it was the wrong agency, the examiner did nothing more.

After a three-day waiting period, Roof went back to a West Col