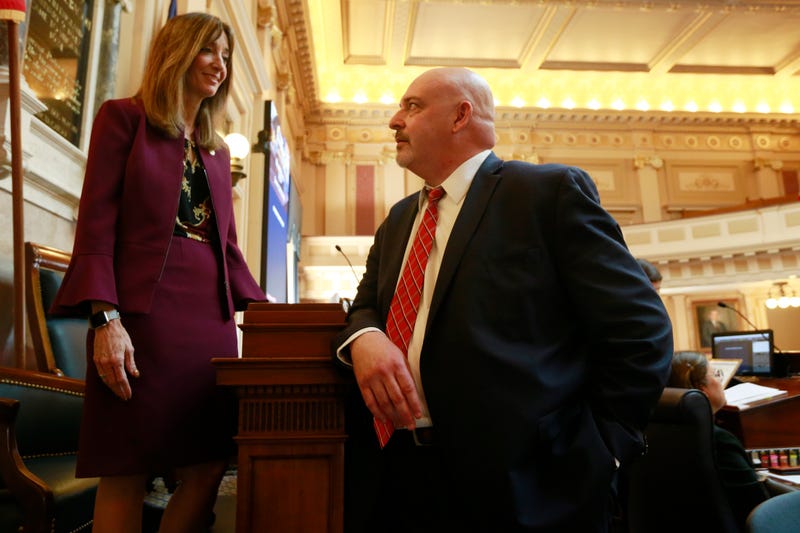 Now voters are about to weigh in on whether that's the direction they wanted for the commonwealth. While the marquee race for governor is drawing the most attention in the Nov. 2 election, the balance of power in the 100-seat House of Delegates is also on the line.

“What we’re about to see is a referendum on, ‘Is Virginia as far left as the Democrats acted?’” said Garren Shipley, a spokesman for the House Republican caucus.

The impact of the Election Day outcome is likely to echo far beyond Virginia. The state’s unusual off-year elections routinely draw outsize national scrutiny as a possible indicator of voter sentiment heading into the midterms the following year.

Virginia House Democrats have flipped most of the state’s battleground districts in the past two elections. This year, they are mostly playing defense, aiming to keep incumbents in about a dozen key, geographically scattered seats. They also have their eyes on a few possible pickups.

Observers on both sides of the aisle generally agree that Republicans, who have trailed significantly in fundraising, have a tougher climb. But some say a flip in control is not out of the realm of possibility.

The election this year is not like those of 2017 or 2019 “when it comes to Democratic enthusiasm,” said Gaby Goldstein, the co-founder of Sister District, a nonprofit launched in the wake of the 2016 elections to help elect Democrats to state legislatures around the country.

“Having a ‘mission accomplished’ kind of attitude would be absolutely fatal here for Democrats,” Goldstein said.

Goldstein's organization, which is supporting 12 Virginia House candidates this year, first got involved in the state's elections in 2017, when Democrats powered by voter antipathy toward then-President Donald Trump won back 15 GOP-held seats. The party, which had not been in full control of the legislature since the 1990s, erased what had been slim Republican majorities in the House and Senate in 2019.

House Speaker Eileen Filler-Corn said she is confident voters will continue to stake their trust in Democrats, after they steered the state through the coronavirus pandemic, maintained a coveted “Top State for Business” ranking and passed legislation that she said is in line with the priorities of the electorate. She asserted “the majority is safe,” but acknowledged the race for governor between Democrat Terry McAuliffe and Republican Glenn Youngkin is “closer than anybody would like.”

TV ads for many House Democrats in swing districts are focused on legislation that passed on a bipartisan basis, such as the 2018 Medicaid expansion and a bill to cap the cost of insulin copayments, rather than the more progressive reforms of the past two years, including the elimination of the death penalty, a ban on no-knock search warrants and the legalization of marijuana.

Republicans are seeking to make the case that Democrats are soft on crime and that their policies, including a vote to increase the state gas tax and a clean energy mandate during a time of rising inflation, have hurt Virginia families. They've done all they can in TV ads to tie the politics in Richmond to the Democrats' agenda in Washington.

“I think these things are cyclical and, you know, the way House Democrats