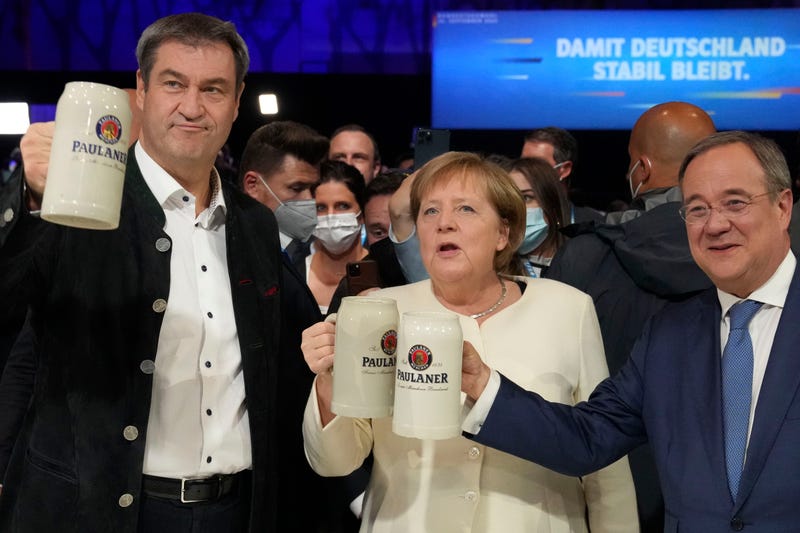 BERLIN (AP) — The contenders to succeed Angela Merkel as Germany's chancellor sought to mobilize voters Friday as the election campaign neared its close, touting their credentials to lead Europe's biggest economy into a new era as it grapples with the fallout from the coronavirus pandemic and climate change.

Merkel is stepping down after 16 years in power, and the race is wide open ahead of Sunday's parliamentary election. Polls show the outgoing leader's center-right Union bloc, with Armin Laschet as its candidate for chancellor, a little behind or nearly level with the center-left Social Democrats, who have Finance Minister Olaf Scholz seeking the chancellorship.

The Greens, with Annalena Baerbock making the party's first run for chancellor, are trailing in third place but could end up playing the kingmaker in forming a government.

Experts say one reason why this year's German election is tighter and less predictable than usual is that the candidates are relative unknowns to most voters.