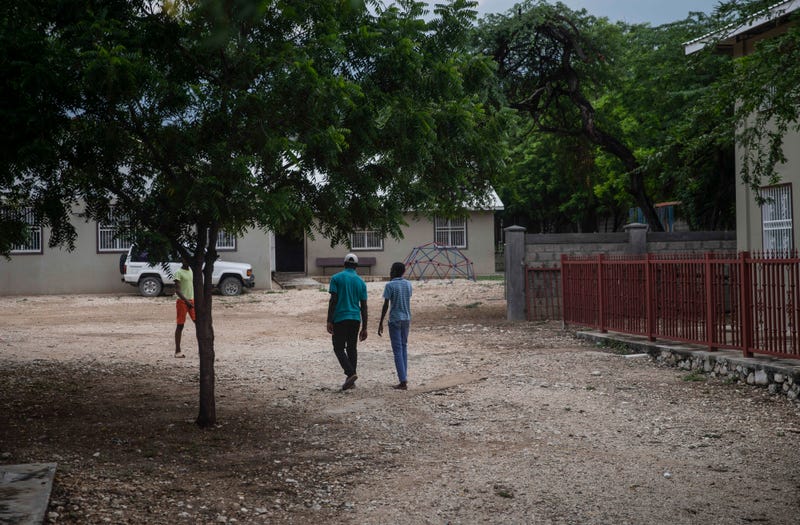 PORT-AU-PRINCE, Haiti (AP) — A notorious Haitian gang known for brazen kidnappings and killings was accused by police Sunday of abducting 17 missionaries from a U.S.-based organization. Five children were believed to be among those kidnapped, including a 2-year-old.

The 400 Mawozo gang kidnapped the group in Ganthier, a community that lies east of the capital of Port-au-Prince, Haitian police inspector Frantz Champagne told The Associated Press. The gang was blamed for kidnapping five priests and two nuns earlier this year in Haiti.

The gang, whose name roughly translates to 400 “inexperienced men," controls the Croix-des-Bouquets area that includes Ganthier, where they carry out kidnappings and carjackings and extort business owners, according to authorities.

Ohio-based Christian Aid Ministries said the kidnapped group consisted of 16 U.S. citizens and one Canadian, for a total of five children, seven women and five men. The organization said they were on a trip to visit an orphanage.

“Join us in praying for those who are being held hostage, the kidnappers and the families, friends and churches of those affected,” Christian Aid Ministries said in a statement. “As an organization, we commit this situation to God and trust him to see us through.”

Haiti is once again struggling with a spike in gang-related kidnappings that had diminished in recent months, after President Jovenel Moïse was fatally shot at his private residence on July 7 and a 7.2-magnitude earthquake killed more than 2,200 people in August.

The missionary group offers Bible classes, runs a medical clinic, helps orphans and distributes seeds to farmers, among other efforts in Haiti, according to its annual report.