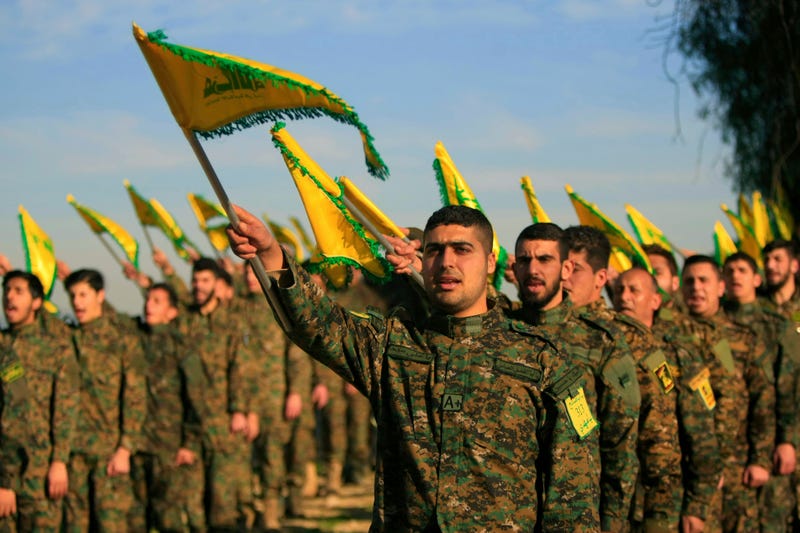 “This is more about flexing Hezbollah’s muscles to demonstrate its power against other opposing political parties that want to undermine it,” said Dina Arakji, a researcher at Control Risks, a Dubai-based global risk consultancy group.

Nasrallah made the declaration Monday as part of the growing confrontation over a judicial investigation into last year’s massive Beirut port explosion that killed more than 215 people and devastated parts of the city. Hezbollah and its Shiite allies from the Amal Movement led by Parliament Speaker Nabih Berri want the lead judge removed, accusing him of bias.

Deadly gunbattles broke out last week in Beirut during a demonstration organized by the two Shiite parties, after their supporters came under fire as they marched through Christian neighborhoods on their way to the Justice Palace. Clashes with machine guns and rocket-propelled grenades, reminiscent of the 1975-90 civil war, played out for several hours along a former front line separating the Muslim and Christian sectors of the city.

The Iran-backed Hezbollah accused the Christian Lebanese Forces party of starting the fighting in which seven Shiites were killed. Lebanese Forces leader Samir Geagea denied his group was the aggressor, but said residents of Christian areas could not be blamed for defending themselves against armed Hezbollah militiamen marching through their neighborhoods.

In Monday's speech, Nasrallah accused Geagea of seeking to reignite a civil war and said he was forced to announce the number of Hezbollah fighters “not to threaten a civil war, but to prevent one.”

Hezbollah is a largely secretive organization and it is difficult to independently verify Nasrallah's claim about the size of the force.. Hezbollah rarely comments on its military structure, weapons or number of fighters.

Most estimates for the number of fighters, however, range between 25,000 and 50,000, including 10,000 elite troops known as the Radwan Force and a separate reserve force. Hezbollah is known to have stepped up recruitment in the years after the 2006 war with Israel. In the past d