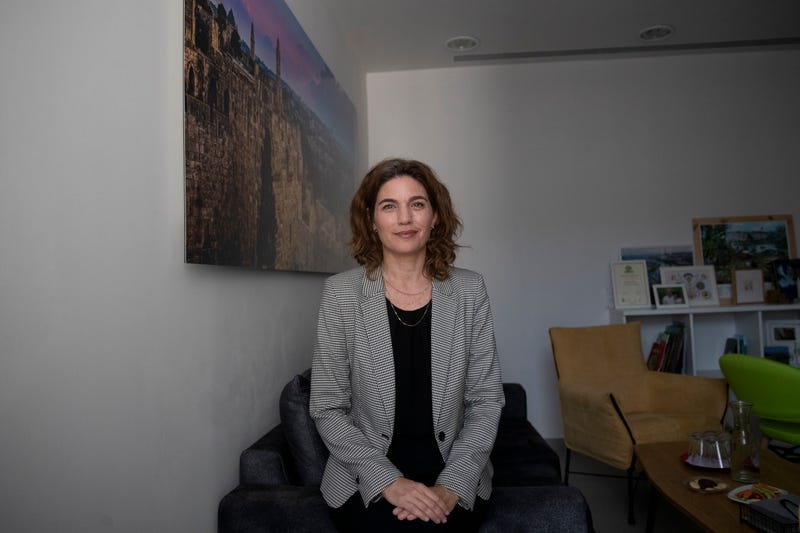 JERUSALEM (AP) — Israel’s new environmental protection minister has set some ambitious goals: She believes she can use her office to play an important role in the global battle against climate change while also promoting peace in the volatile Middle East.

Tamar Zandberg laid out her agenda in an interview with The Associated Press ahead of the upcoming U.N. climate conference in Glasgow. She says Israel, despite its small size and own inability to reach the global goal of zero net emissions by 2050, has the potential to be a key player.

Zandberg said the country is eager to share its expertise in green technologies. Israel is widely considered a world leader in areas such as solar energy storage, sustainable protein alternatives, agriculture technology and desalination.

“These are fields where Israel is already in the cutting edge frontier of global innovation, and we hope that this is something that small Israel can contribute to bigger countries than us to adjust better to the new climate reality,” she said.

Major countries, including China and India, have become important markets for Israeli environmental technologies. Zandberg said she already has held a pair of meetings with her counterpart in the United Arab Emirates, which established diplomatic ties with Israel just over a year ago, and that the two countries have teams working together on issues like agriculture and water in the arid Middle East.

Israel and Jordan last week held a signing ceremony on a new water-sharing agreement, and Zandberg said the two countries are having “extensive talks” on various environmental issues.

“Our neighbors share our region and share our climate,” she said. “So it’s only natural that we will face them together. That can contribute to climate change, but also to the regional stability and to our peace in the Middle East.”

Zandberg took office in June as part of Israel’s new government — a diverse patchwork of small and midsize parties spanning the political spectrum. This includes deep ideological differences over how to handle the decades-long conflict with the Palestinians.

Prime Minister Naftali Bennett heads a religious, ultranationalist party that opposes the establishment of a Palestinian state, and Bennett, a former leader of the West Bank settlement movement, has ruled out peace talks with the Palestinians.

Zandberg’s Meretz party is the most dovish member of the eight-party coalition and supports a two-state solution with the Palestinians. As part of the coalition deal, forged to prevent the country from plunging into a fifth electio