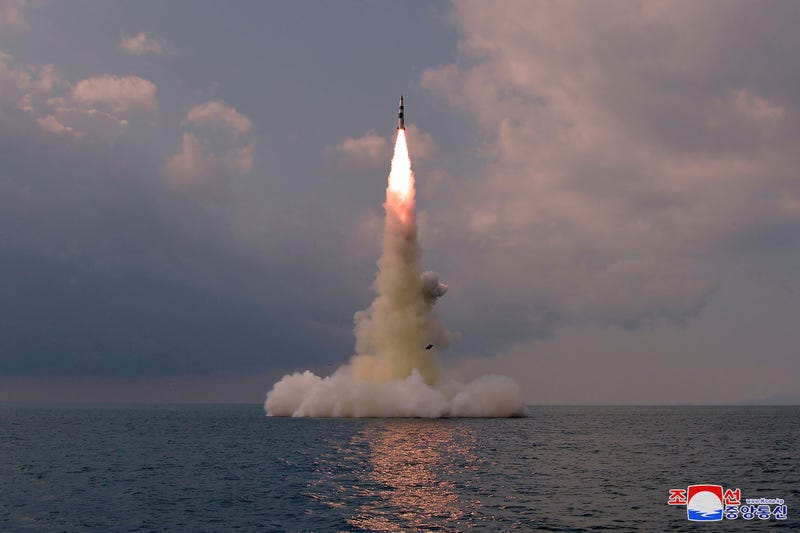 SEOUL, South Korea (AP) — North Korea said Wednesday that it had test-fired a newly developed ballistic missile from a submarine, in its first such underwater test-launch in two years and one it says will bolster its military's undersea capabilities.

The test Tuesday was the fifth round of missile launches since September and came as North Korea steps up pressure on Washington and Seoul to abandon what Pyongyang sees as hostile policies such as joint U.S.-South Korea military drills and international sanctions on the North.

North Korea’s state-run Korean Central News Agency said the latest test “will greatly contribute to putting the defense technology of the country on a high level and to enhancing the underwater operational capability of our navy.” It said the new missile has introduced advanced control guidance technologies including flank mobility and gliding skip mobility.

The North’s neighbors said Tuesday that they detected the North’s missile firing and said the weapon landed in the waters between the Korean Peninsula and Japan. South Korea’s military described the missile as a short-range, submarine-launched ballistic missile and said the launch was made from waters near the eastern port of Sinpo, where North Korea has a major shipyard building submarines.

KCNA said Tuesday’s launch was made from “the same 8.24 Yongung ship,” a submarine that North Korea said it used to conduct its first submarine-launched strategic ballistic missile test in 2016. Photos published by North Korea show a missile rising and spewing bright flames above a cloud of smoke from the sea. One image shows the upper parts of what looks like a submarine on the surface of the sea.

North Korea last performed a SLBM test in October 2019. Foreign experts said the North used a submersible barge, rather than a submarine, for the launch at the time.

Tuesday’s launch was the highest-profile weapons test by North Korea since President Joe Biden took office in January. The Biden administration has repeatedly said it’s open to resuming nuclear diplomacy with North Korea “anywhere and at any time” without preconditions. The North has so far rebuffed such overtures, saying U.S. hostility remains unchanged.

The launch came days before Sung Kim, Biden’s special envoy on North Korea, was to travel to Seoul to discuss with allies the possibility of reviving diplomacy with Pyongyang.

At a meeting in Washington with his South Korean and Japanese counterparts, Kim emphasized U.S. condemnation of the launch, which vi