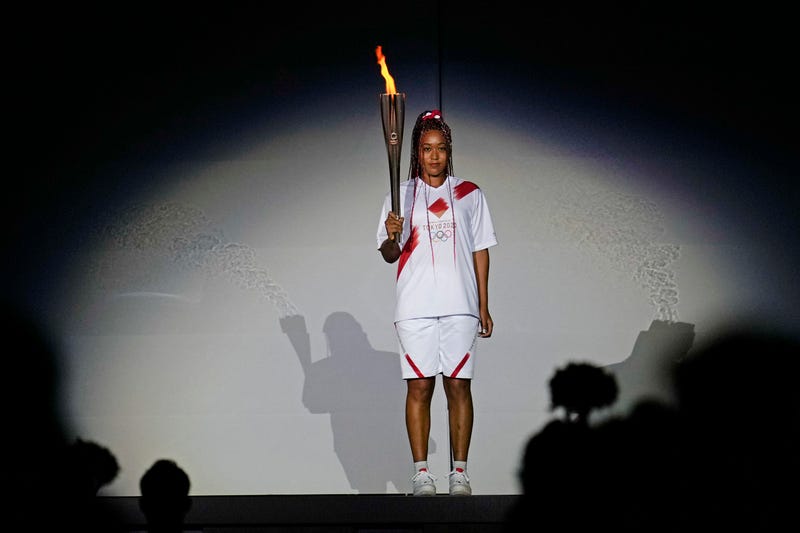 TOKYO (AP) — Two multiracial athletes, two high-profile roles: Rising NBA star Rui Hachimura carried the Japanese flag at the Olympics' opening ceremony. Tennis superstar Naomi Osaka lit the Olympic cauldron. For Japan, it was a remarkable showcase of racial diversity — but one that also highlighted how much remains missing in a nation that values homogeneity and conformity.

Osaka and Hachimura, both of whom have one foreign parent and one Japanese parent, were cheered warmly by many even as some nationalists pounded them online for not being “pure Japanese.” It has rekindled a debate on racial identity that points toward a particular and thorny question: What does it mean to be Japanese?

Osaka and Hachimura have many fans here. Both appear in commercials for Nissin Cup Noodle. Osaka recently signed with Panasonic, and Hachimura, a Washington Wizards forward, appears in ads for a Taisho Pharmaceutical energy drink and for Sumitomo Mitsui Banking Corp.

Their success coincides with an increase in the number of people with multiracial and diverse cultural backgrounds in Japan that comes as more people marry foreigners and more foreign workers arrive.

Tolerance to diversity, however, still lags.

Children from mixed race families in Japan, often called “hafu,” or half, account for about 2% of babies born every year. They are often chided for not being “fully Japanese” or bullied for looking different.

Melissa Luna Isomoto, who is of Japanese and Kenyan descent and grew up in Japan, was delighted to see her role model, Osaka, represent Japan as the torch bearer in the July 23 event. But she said her heart sank when she saw online comments criticizing Osaka for not being Japanese enough.

“Those slandering Naomi-san also hurt me and others of mixed-race roots,” Isomoto said in a recent interview in Japanese from her home in Yokohama. “It was so painful I tried not to read them.”

“She hardly speaks Japanese, and she is not pure Japanese,” one Twitter posting said. “No way. We wanted pure Japanese, or as a compromise, at least a Japanese-speaking ‘hafu (half-Japanese)’ like Rui Hachimura,” another tweet said.

Attacks escalated after Osaka's surprise third-round loss to Marketa Vondrousova of the Czech Republic four days later, and some people even celebrated her defeat.

Many critics posting online suggest they define “Japanese” as those whose parents are both Japanese and speak the language perfectly. Many consider those born and raised in Japan, such as Hachimura, as Japanese, but think of Osaka, who grew up mostly in the United States and doesn’t speak fluent J