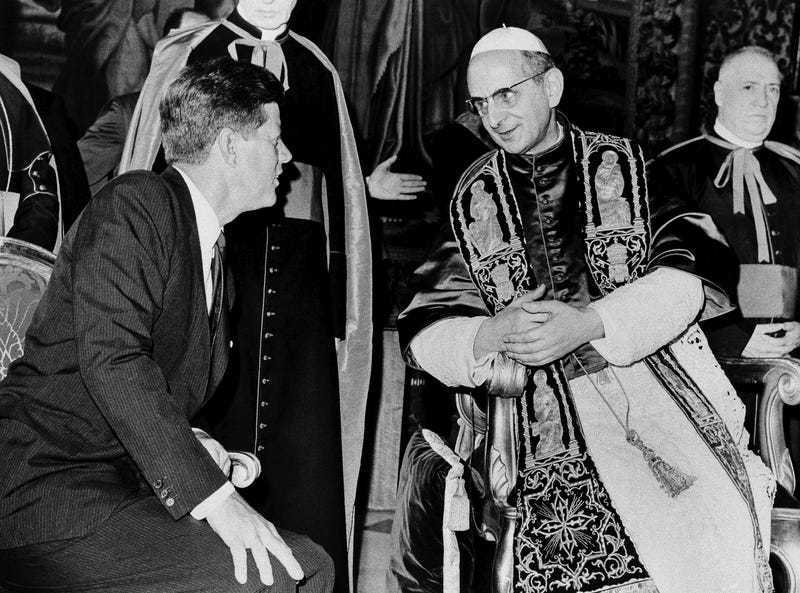 Biden, who has met with Francis three times and with two previous popes, has said he eschews the traditional sign of respect because his mother told him not to — that no one is “better” than him. In their meeting, the two are expected to discuss issues like the COVID-19 pandemic and climate change as equals.

Biden, only the second Catholic president in U.S. history, often speaks publicly about his faith and attends Mass every weekend.

As a second-term senator, Biden met with Pope John Paul II in 1980, when the two spent a reportedly chummy 45 minutes together. As vice president, he met with Pope Benedict XVI in 2011, when he famously told the pope to go easier on American nuns, who then were under fire by the church for activism on issues like poverty.

By all accounts, Biden has a positive relationship with the current pontiff, beginning when he attended Francis’ inauguration as pope in 2013. They also met during the pontiff’s 2015 visit, including a private meeting where Biden said the pope prayed for his family as they mourned the recent death of Biden’s son Beau. In 2016, they met again, when Biden spoke about cancer care at a conference on regenerative medicine at the Vatican.

The president keeps a photo of one of his meetings with the pope behind his desk in the Oval Office. Their upcoming meeting continues a long tradition of president-and-pope encounters.

Some notable moments from meetings past:

—President John F. Kennedy’s 1963 meeting with Pope Paul VI at the Vatican was historic: The first Roman Catholic president of the United States was seeing the Roman Catholic pontiff only days after his coronation. Kennedy, who faced anti-Catholic bias during his presidential campaign, shook hands with the pope rather than kissing his ring, as is the usual practice for Catholics.

—Pope Paul VI’s trip to New York in October 1965 presented protocol problems. President Lyndon Johnson wanted to see him, but the pontiff was a chief of a state not officially recognized by the U.S. The solution: Johnson flew to New York for dinner at the apartment of his friend Arthur Goldberg, the U.S. ambassador to the United Nations, and the pontiff was welcomed to Johnson’s suite at the Waldorf-Astoria Hotel the next day.

—Johnson had a penchant for somewhat odd papal presents. At that 1965 meeting, his gifts to Paul included a silver-framed, autographed photograph of himself. Two years later, at their next meeting at the Vatican, Johnson presented the pontiff with a foot-high bust of himself.

—Jimmy Carter was the first president to play host to a pope at the White House. Pope John Paul II's stay at the White House featured 10,000 guests — split between separate arrival and departure ceremonies on the North and South Lawns.

—President Ronald Reagan had trouble keeping his eyes open on his first visit to the Vatican in 1982. Reagan’s head bobbed and his eyes repeatedly closed for seconds at a time while John Paul talked solemnly of crises in the Falkland Islands and Lebanon. The incident came during a 10-day European trip with a packed schedule for Reagan. But it fed already rampant talk that the 71-year-old president wasn’t physically up to the job.