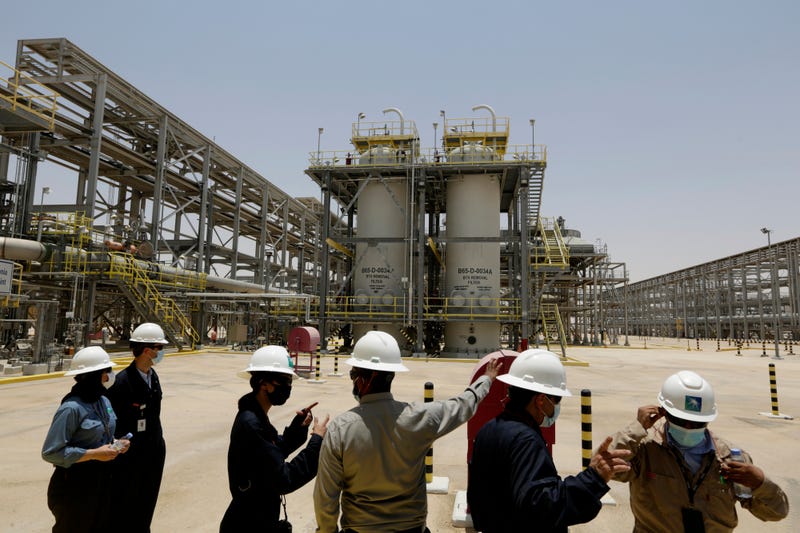 Although the kingdom will aim to reduce emissions within its own borders, there is no indication Saudi Arabia will slow down investments in oil and gas or relinquish sway over energy markets by moving away from the production of fossil fuels. Energy exports form the backbone of Saudi Arabia's economy, despite efforts to diversify revenue as the world increasingly looks to transition away from reliance on fossil fuels. The country is forecast to make $150 billion in revenue this year from oil alone.

The announcement, made by Crown Prince Mohammed bin Salman in scripted remarks at the start of the kingdom’s first-ever Saudi Green Initiative Forum, was timed to make a splash before the start of the global COP26 climate conference being held in Glasgow, Scotland. The prince vowed Saudi Arabia will plant 450 million trees and rehabilitate huge swaths of land by 2030, reducing more than 270 million tons of carbon emissions a year and attempting to turn the landlocked city of Riyadh into a more sustainable capital.

The kingdom joins the ranks of Russia and China on their stated net-zero target date of 2060. The United States and the European Union have aimed for 2050.

In making the announcement, analysts say the kingdom ensures its continued seat at the table in global climate change talks. Saudi Arabia has pushed back against those who say fossil fuels must be urgently phased out, warning that a premature switch could lead to price volatility and shortages. Recently leaked documents show how the kingdom and other nations are lobb