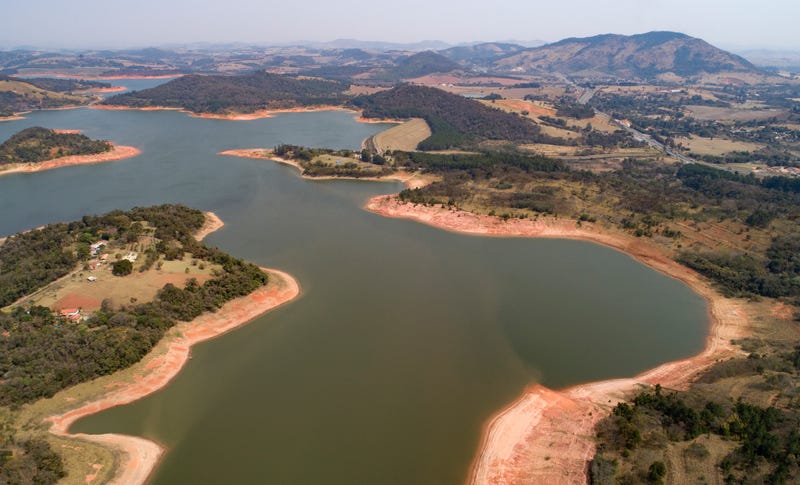 RIO DE JANEIRO (AP) — Dyane Rodrigues used to enjoy strolling along Rio de Janeiro's iconic Ipanema beach after a hot summer's day. Daylight saving time meant her workday went by faster, and ended early enough for her to take in the golden sunset, the 28-year-old said from her fruit stand, a stone's throw from the seashore.

That changed in 2019, when Brazilian President Jair Bolsonaro did away with the practice of changing clocks. The idea behind daylight saving time had been to make most of long summer days' natural light, delaying by one hour the time at which households switch on their lamps. But the president said daylight saving no longer made sense, as it yielded little in energy savings and forced Brazilians to commute in the dark, and many experts agreed.

But once again, daylight saving — known here as “summer schedule” — has surged to the fore.

Brazil is in the throes of its worst drought in 91 years, which has returned the specter of power rationing. The operator of the hydroelectric-reliant grid is reviewing the scope of benefits sacrificed by the 2019 change, and federal lawmakers discussed its return this week. Associations linked to the tourism and service industries, sensing opportunity to boost evening business, are chiming in with their support.

Since implementation in 1931, summer schedule has divided Brazilians between those who bathe in morning light and those — like Dyane — who prefer their sunsets. Governments wavered in decades that followed, adopting it some years but not others. Starting in 1985, when drought caused blackouts and water rationing, summer schedule was renewed each year by presidential decree. It became a fixture in 2008.