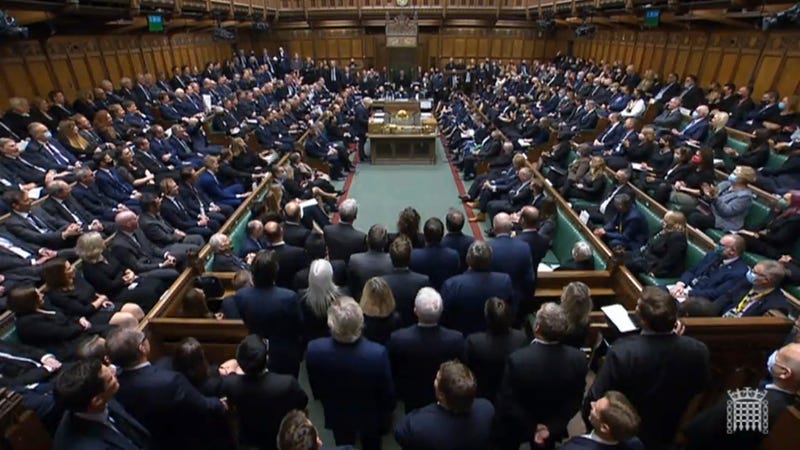 LONDON (AP) — Prime Minister Boris Johnson led a somber British Parliament on Monday in honoring the Conservative lawmaker stabbed to death as he met constituents at a church hall, an attack that has raised questions about how the country protects it politicians and grapples with extremism at home.

The tributes from shaken and grieving colleagues came as detectives tried to determine whether David Amess was targeted simply because he was a legislator, or for more individual reasons. A 25-year-old British man with Somali heritage, Ali Harbi Ali, was arrested at the scene and is being held under the Terrorism Act on suspicion of murder. Police say the suspect may have had a “motivation linked to Islamist extremism.”

The prime minister told lawmakers that “this House has lost a steadfast servant.”

“Sir David was taken from us in a contemptible act of violence, striking at the core of what it is to be a Member of this House and violating the sanctity both of the church in which he was killed and the constituency surgery that is so essential to our representative democracy,” he said, referring to the open meetings British lawmakers hold with those they represent.