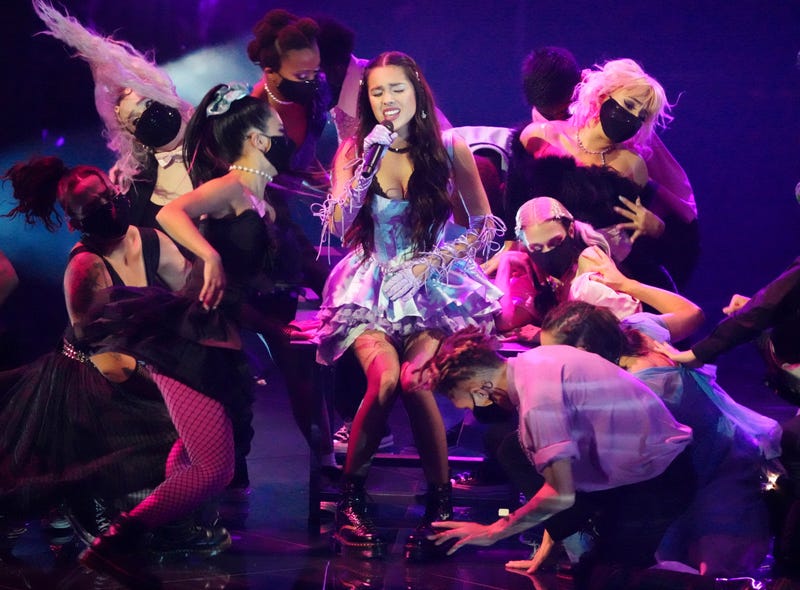 LOS ANGELES (AP) — Olivia Rodrigo is having a sweet year as the leading nominee at the American Music Awards in the first year she's eligible.

The Disney actress and singer-songwriter broke out with hits from her 2021 debut record “Sour,” which led to seven nominations at the AMAs, including artist of the year and new artist of the year. The nominations were announced Thursday for the fan-voted awards show that will air from Los Angeles on ABC on Nov. 21.

If Rodrigo wins a majority of the awards she is nominated for, that would put her in good company. Olivia Newton-John and Justin Bieber are tied for four awards won in their first year nominated.

Five-time winner The Weeknd has six nominations, going up against Rodrigo in the artist of the year category along with BTS, Ariana Grande, Drake and Taylor Swift.

Reggaeton star Bad Bunny, R&B newcomer Giveon and Doja Cat each have five nominations each. In the new artist of the year category, Rodrigo joins Giveon, 24KGoldn, Masked Wolf and The Kid LAROI.

Swift, who currently holds the record for the most awarded artist in AMA history, could further extend her stre