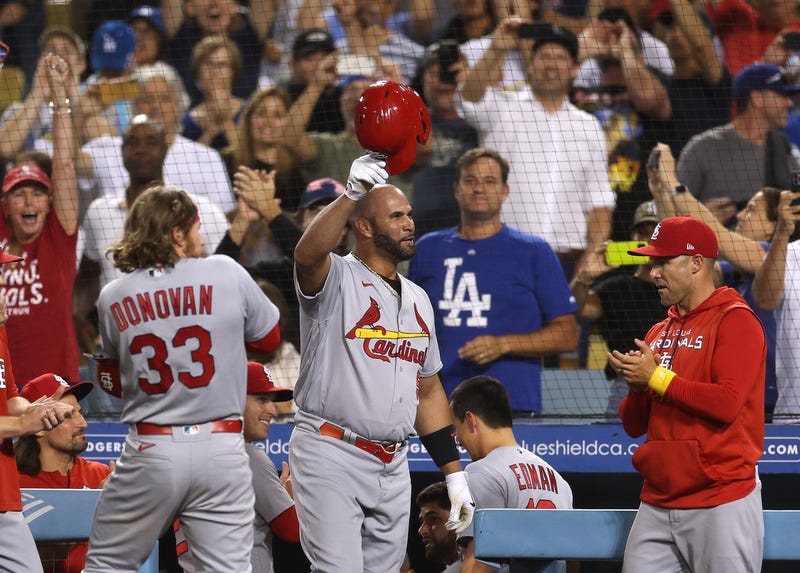 Albert Pujols hit a major milestone this weekend, hitting the 700th home run of his career in a game against the Dodgers on Friday night.

John Rooney, The Voice of the Cardinals, called the moment as it happened. He joined KMOX to talk about what that moment meant.

"When he signed on back in March and started playing games down in spring training, he was hitting the ball well, but I don't think too many people thought that Albert could get to 700," Rooney said. "And boy did he go on a home run binge after the all star break. And everybody is so happy for him."

We also heard from Pujols himself about the hit for Monday's "5 Minutes with No. 5." Pujols told Mike Claiborne he was proud to have hit his 700th in Dodger Stadium, where he has great memories, but most importantly, he was proud to do it in his Cardinals uniform.

"What can I say? Just just glad that it's over and, you know, I get to enjoy it," he said. "I mean, it's  special and I and then on top of that, we ended up getting the win which is really cool too."