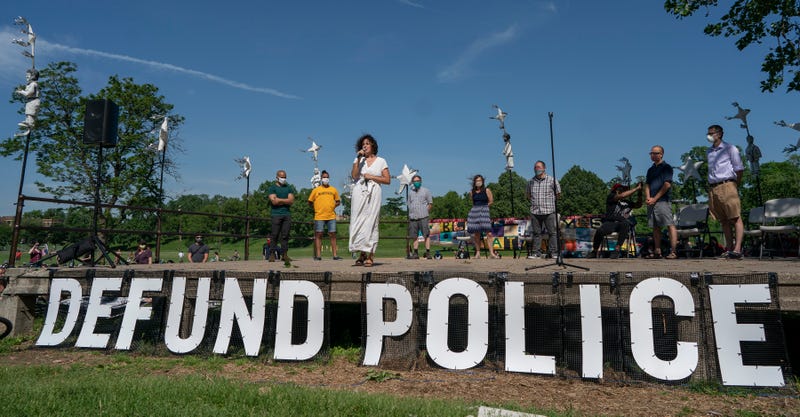 The Supreme Court was under pressure to rule quickly because early and absentee voting opens at 8 a.m. Friday in the Minneapolis municipal elections. The ballots were already being printed when Hennepin County District Judge Jamie Anderson ruled against the language Tuesday. It was the second time she had struck down the council’s wording. Gildea put the case on the fast track Wednesday.

Lawyers on both sides said beforehand that they expected the high court ruling allowing the ballot language to be the final word, given the late hour. Leaders of the pro-amendment Yes 4 Minneapolis campaign have a rally set for Friday afternoon.

“We're all very pleased that the system worked,” said Terrance Moore, an attorney for Yes 4 Minneapolis. "As ugly as it sometimes looks, the process went through from beginning to end and in the end the Supreme Court followed the law and its precedent. And the voters get to vote on the ballot question.”

The proposal has its roots in the “defund the police” movement, which gained steam after Floyd’s death last summer sparked protests, civil unrest and a national reckoning on racial justice. The amendment does not use the term “defund.” But it would remove the city charter’s requirement that Minneapolis have a police department with a minimum staffing level. Many details of how the new agency would work would be left up to the the City Council and mayor to decide later.