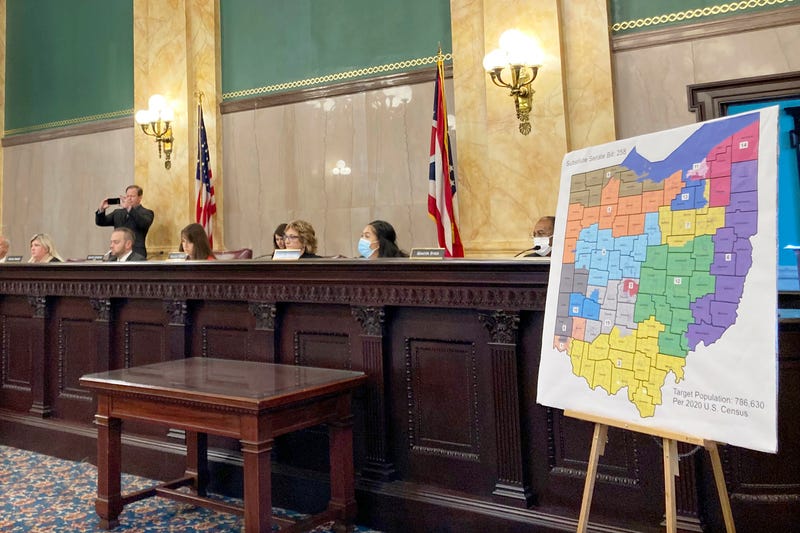 In the 4-3 decision, the Ohio Supreme Court returned the map to the Ohio General Assembly, where Republicans hold supermajorities in both chambers, and then to the powerful Ohio Redistricting Commission. The two bodies have a combined 60 days to draw new lines that comply with a 2018 constitutional amendment against gerrymandering.

The commission was already in the process of reconstituting so it can redraw GOP-drawn legislative maps the court also rejected this week as gerrymandered. That decision gave the panel 10 days to comply.

With Feb. 2 and March 4 looming as the filing dates for legislative and congressional candidates, respectively, the decisions have raised questions of whether the state's May 3 primary may have to be extended.

“That’s a lot to dump on a commission with a very short period of time,” he said during a forum at the City Club of Cleveland on Friday. “It’s hard to say what’s going to happen.”

Justices chastised Republicans in both decisions for flouting the voters' wishes and the Constitution and directed them to move with haste.

Writing for the majority, Justice Michael Donnelly wrote, ”(T)he evidence in these cases makes clear beyond all doubt that the General Assembly did not heed the clarion call sent by Ohio voters to stop political gerrymandering.”

Donnelly and the court's other two Democrats were joined by Chief Justice Maureen O’Connor, a moderate Republican set to depart the court due to age limits at the end of the year.

The court’s three other Republicans — including Justice Pat DeWine, son of Republican Gov. Mike DeWine, a named plaintiff in the cases — raised their objections in an unprecedented “joint dissent” that failed to identify its author. The majority called the format “unusual and inexplicable.”

In it, the three said it was unclear how it should be determined that a map “unduly favors” one party over another.

They explained that the U.S. has never adopted a system that requires congressional seats to be proportionally distributed to match the popular vote, nor does Ohio’s Constitution require it.

In her separate opinion, O'Connor said voting-rights and Democratic groups that challenge the maps never argued strict proportionality was required.

“The dissenting opinion’s dismissive characterization of all the metrics used by petitioners’ experts as simply being measures of ‘proportional representation’ is sleight of hand,” she wrote. “No magician’s trick can hide what the evidence overwhelmingly demonstrates: the map statistically presents such a partisan advantage that it unduly favors the Republican Party.”

Friday's decision affects separate lawsuits brought by the National Democratic Redistricting Commission’s legal arm, as well as the Ohio offices of the League of Women Voters and the A. Philip Randolph Institute. The groups calculated that either 12 or 13 of the map’s 15 districts favor Republicans, despite the GOP garnering only about 54% of votes in statewide races over the past decade.

Republicans had defended the map — which was pushed through the approval process in a flurry — as fair, constitutional and “highly competitive.”

“The manipulation of districts is the manipulation of elections and voters have had enough,” said Catherine Turcer, executive director of Common Cause Ohio, a plaintiff. “We expect legislative leaders to learn from their mistakes and finally listen to the people’s call for fair maps.”

Ohio and other states were required to redraw their congressional maps to reflect results of the 2020 census, under which Ohio lost one of its current 16 districts due to lagging population.