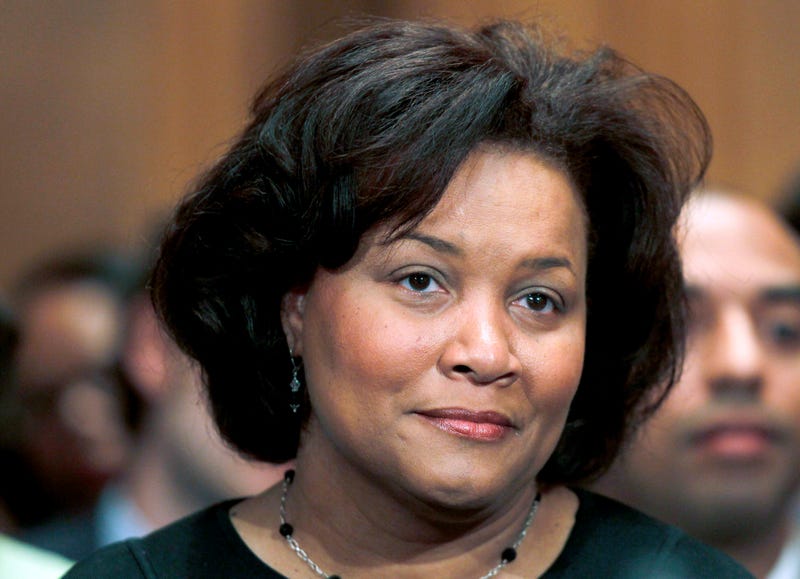 As he struggled to survive the 2020 Democratic primary, Joe Biden made a striking pledge before voting began in heavily African American, must-win South Carolina: His first Supreme Court appointment would be a Black woman.

On Thursday, with his poll numbers reaching new lows and his party panicking about the midterm elections, Biden turned again to the Democratic Party's most steadfast voters and reiterated his vow to replace retiring Justice Stephen Breyer with the first Black woman to serve on the Supreme Court.

The striking promise is a reflection of Black women's critical role in the Democratic Party and the growing influence of Black women in society. It's also a recognition that Black women have been marginalized in American politics for centuries and the time has come to right the imbalance of a court made up entirely of white men for almost two centuries, a change Biden said Thursday is “long overdue.”

Black women are the most loyal Democrats — 93% of them voted for Biden in the 2020 presidential election, according to AP VoteCast, a national survey of the electorate.

And it's Black women's reliability as Democratic voters that makes it so important for the party to respond to their priorities and keep them in the fold, said Nadia Brown, a professor of government at Georgetown University. “Democrats know Black women are going to turn out for them so they have everything to lose if they don’t do this."

Black women turned out to vote for Biden in greater numbers than for Hillary Clinton in 2016, and they were vital in Biden’s wins in states like Georgia, Michigan and Pennsylvania. Overall, they made up 12% of Biden’s voters and reached even higher percentages in heavily African American states like Georgia, where they represented 35% of his support. In that state, which Biden won by just over 12,000 votes, he earned the backing of 95% of Black women.

Biden, in particular, owes Black voters, and especially women, a debt from the primaries. His campaign was on life support before South Carolina's primary in late February 2020, when he secured the endorsement of Rep. James Clyburn, the kingmaker of the state's Democratic political orbit, by pledging to select a Black woman for the Supreme Court.

“His campaign was struggling,” Clyburn recalled on Thursday, citing Biden’s three straight losses in the early voting states of Iowa, New Hampshire and Nevada. “This was quite frankly do or die for him, and I urged him to come out publicly for putting an African American woman on the Supreme Court.”

Biden already made a fundamentally important statement about the importance of Black women in his coalition by selecting Kamala Harris as his vice president. But putting a Black woman on the court is another historic step. Republican Ronald Reagan, in his 1980 presidential campaign, vowed to put the first woman on the Supreme Court and nominated Justice Sandra Day O’Connor once in office.

But Biden’s pledge also responds to issues Black women care about, said Glynda Carr, president of Higher Heights For America PAC, which advocates for Black women in politics. “Black women are very in tune with knowing the court is important to our daily lives,” said Carr, citing big cases on voting rights and abortion.

The decision isn’t just a win for Black women but for all voters concerned with ensuring that government reflects the actual population, said Tom Bonier, a Democratic data analyst. As such, he said, it should rally Democrats of all races.

“To the extent that Biden, at this point, is suffering from lower approval ratings, part of his challenge is just reassembling his coalition and reminding those voters who sent him to the White House why that vote mattered,” Bonier said.

Childs is a favorite of Clyburn. The House majority whip said Thursday that she had “everything I think it takes to be a great justice.”

The robust roster of Black women for the Supreme Court is a testament to their growing professional progress over the past few decades, experts say. Black women — like women of all races — have been increasingly likely to earn college degrees over the past two decades. Although they still lag in other crucial categories such as pay, the court seat is another milestone.

“We could not have imagined the sheer number of overqualified women a few decades ago,” Brown said.

The nomination of a Black woman is also significant for Black men, said Adrianne Shropshire of BlackPAC, a political organization that tries to elect more Black Democrats. That's in part because the current sole African American on the Supreme Court, Justice Clarence Thomas, is a conservative Republican whose decisions often go against the desires of the heavily Democratic Black community.

While Black men are not quite as Democratic as Black women, they still overwhelmingly back the party — 87% voted for Biden in 2020, according to AP VoteCast.

Still, Shropshire warned, a Supreme Court appointment is only one step in ensuring Black voters are motivated in 2022 and beyond.

“For Black folks in the country, the thing that looms largest is, are their daily lives changed?” Shropshire said. “For the president — and the vice president — it is going to be more than this appointment.”

“I don’t think it’s helpful for people to say, ‘Well, the one thing we got is a nomination on the Supreme Court,’” Shropshire added.