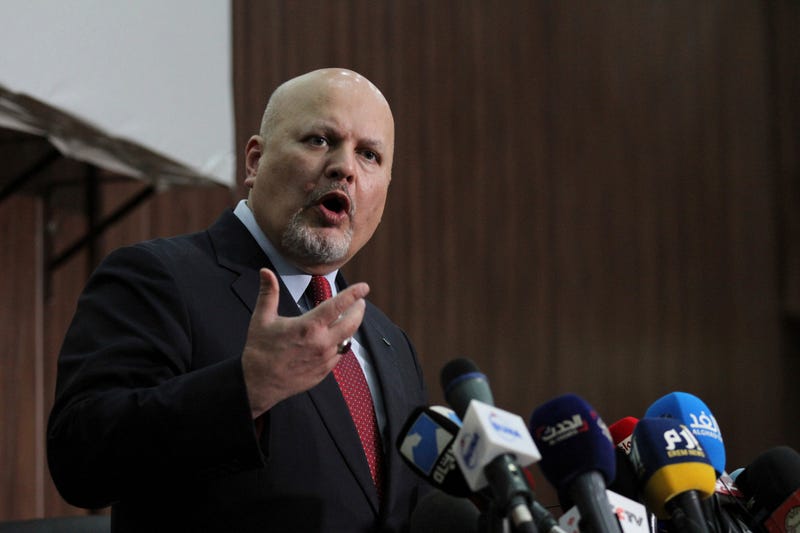 THE HAGUE, Netherlands (AP) — The chief prosecutor of the International Criminal Court sought urgent clearance Monday from the court's judges to resume investigations of war crimes and crimes against humanity in Afghanistan, saying that under the country's new Taliban rulers “there is no longer the prospect of genuine and effective domestic investigations” in the country.

The decision to investigate Americans led to the Trump administration slapping sanctions on Bensouda, who left office over the summer at the end of her nine-year term.

The investigation was deferred last year after Afghan authorities asked to take over the case. The ICC is a court of last resort, set up in 2002 to prosecute alleged atrocities in countries that cannot or will not bring perpetrators to justice — known as the principle of complementarity.

Khan said Monday that he now plans to focus on crimes committed by the Taliban and the Afghan affiliate of the Islamic State group, adding that he will “deprioritize” other aspects of the investigation.

“The gravity, scale and continuing nature of alleged crimes by the Taliban and the Islamic State, which include allegations of indiscriminate attacks on civilians, targeted extrajudicial executions, persecution of women and girls, crimes against children and other crimes affecting the civilian population at large, demand focus and proper resources from my office, if we are to construct credible cases capable of being proved beyond reasonable doubt in the courtroom," Khan said.