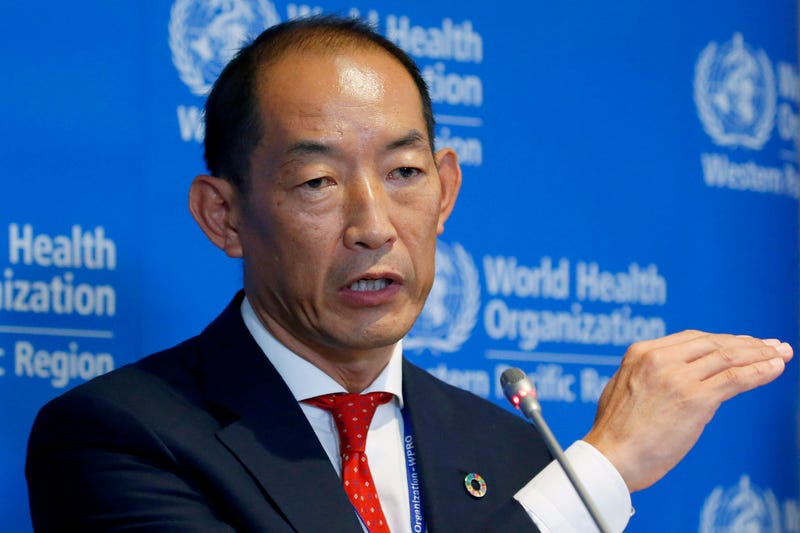 TOKYO (AP) — Japan's government said Friday it will watch the World Health Organization's investigation into staff complaints over racism and abuse by a top Japanese official at the agency but denied it inappropriately received sensitive vaccine information from him.

Meanwhile in Geneva, France's diplomatic mission said that if the allegations are proven to be true, the possible consequences include the termination of the WHO director's contract.

An investigation by the Associated Press this week found WHO staffers alleged that Dr. Takeshi Kasai, the U.N. health agency’s top director in the Western Pacific, engaged in unethical, racist and abusive behavior, undermining WHO's efforts to curb the coronavirus pandemic, according to an internal complaint filed last October.

The complaints were also emailed to senior WHO leaders last week and describe a “toxic atmosphere” with “a culture of systemic bullying” at WHO’s regional headquarters in the Philippines. Recordings obtained by the AP also showed that Kasai, who heads a vast region that includes China and Japan, made derogatory remarks about his staff based on nationality during meetings.

Koichiro Matsumoto, deputy Cabinet secretary for public affairs at Japan's Prime Minister’s Office, told the AP on Friday the government understands the WHO is taking appropriate steps and that Japan plans to carefully watch the investigation.

Matsumoto denied that the Japanese government inappropriately received sensitive vaccine information from Kasai that he allegedly obtained by abusing his position.

“There is no truth (to the allegation) that the Japanese government inappropriately accepted sensitive information related to our vaccine contributions,” he said.

He said Japan takes seriously the importance of maintaining equal access to coronavirus vaccines for all countries and regions, and that the government has been providing support through cooperation with COVAX, a U.N.-backed cooperative program formed to fairly distribute COVID-19 vaccines globally.

Australian Health Minister Greg Hunt said Friday he was unaware of the allegations against Kasai before reading media reports and would seek a briefing from the WHO.

He suggested WHO’s internal processes for examining such significant allegations would benefit from external oversight.

“We will be asking the WHO for independent advice as to the nature and response to these claims,” Hunt said.

In Geneva, Britain's ambassador to the U.N. Simon Manley said there was no place for discrimination at WHO and that the U.K. expected the agency to “investigate robustly all allegations of misconduct” and to support those affected.

France, which sits on WHO's executive board, said it received a copy of the emailed complaints last week.

“If these events turn out to be true, it will be up to the director-general of the World Health Organization to take every step that he considers appropriate,” the French mission said.

France said the consequences could include WHO chief Tedros Adhanom Ghebreyesus consulting with WHO's executive board about the “possible termination” of Kasai's contract.

Sheba Crocker, the U.S. ambassador to the U.N. in Geneva, said the U.S. was “deeply concerned” at the reports of racism and misconduct.

“We call upon the leadership at the WHO to address these allegations swiftly and directly,” Crocker said in a statement, adding the probe would be monitored “with the utmost vigilance.”

WHO said it was aware of the claims and taking action, but did not offer any details.

In an email to staff this week, Kasai said he was “committed to listening openly, thinking carefully about how I can improve, and making changes that will ensure a positive work environment.” He said the issues would be discussed at an upcoming WHO staff retreat next month.

The racism and abuse claims add to a litany of internal protests from WHO personnel about the agency’s management of the pandemic during the last two years, including privately complaining about China’s delayed sharing of information while publicly praising the government.

Last year, the AP reported that senior WHO management was informed of multiple sexual abuse reports involving its own staffers during the Ebola outbreak in Congo, but failed to act.

WHO staffers said they took their complaints directly to Australia’s government to ask for help because the Australian government is regarded as one of the most influential WHO member countries in the region.

In October, the director of Australia's Department of Foreign Affairs and Trade advised one of the WHO staffers in an email to submit their complaints to WHO. The staffers said they have not been informed of any WHO investigation into their numerous allegations since.

Yanzhong Huang, a senior fellow for global health at the Council on Foreign Relations, said the issues at WHO “highlight internal governance and management problems in the institution.”

Huang said WHO's Geneva headquarters does not have close enough oversight over its regional offices, leaving major accountability problems.

“Political and bureaucratic problems have undermined the WHO’s ability to effectively address major global health challenges, such as COVID-19,” Huang said in an email.