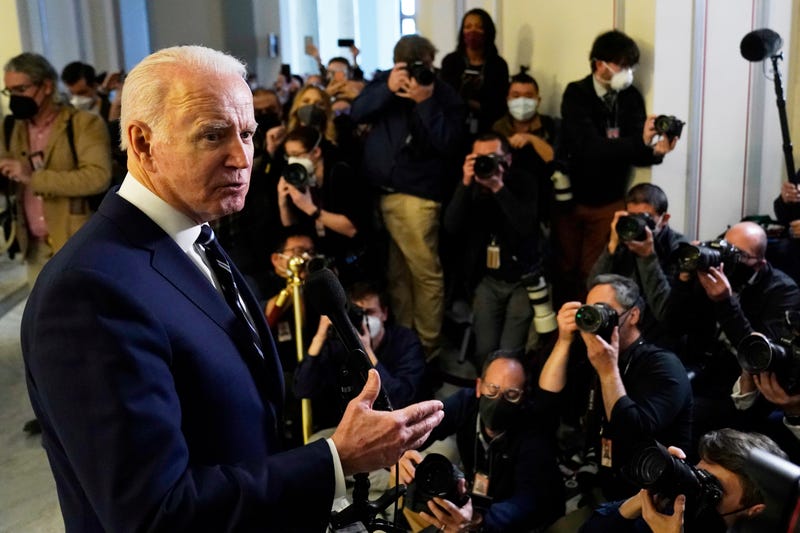 WASHINGTON (AP) — President Joe Biden will hold a news conference on Wednesday afternoon, the eve of the one-year anniversary of his inauguration.

The news conference comes as Biden is attempting to salvage his voting rights initiative and economic agenda, both of which lack the votes to move forward in the evenly-split Senate. His administration is confronting a pandemic that has continued despite the majority of adults being vaccinated and high inflation that has eroded public support for the president.

Biden has held just nine news conferences so far during his first year, substantially fewer than his past five predecessors. He's done just 22 interviews. However, there have been at least 216 informal sessions where he answered questions after giving remarks or while traveling and walking past a waiting group of reporters.