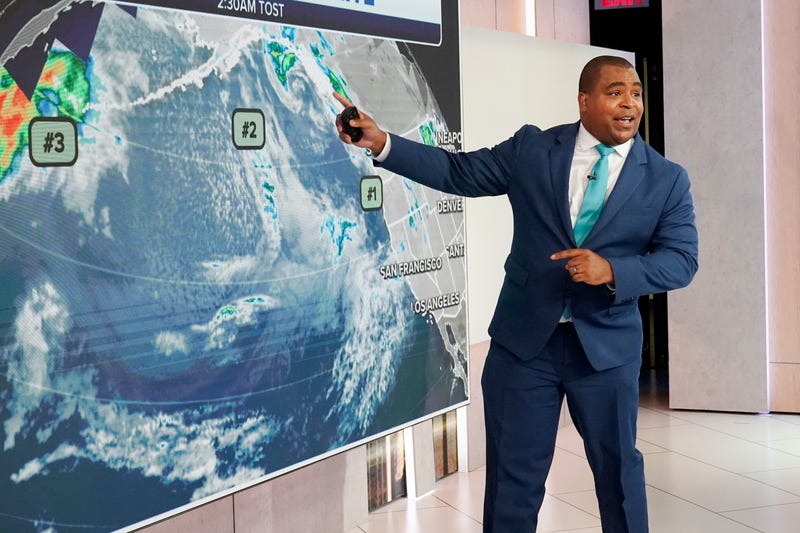 NEW YORK (AP) — Fox News Media is getting into another rough-and-tumble world — the weather.

The company is launching Fox Weather, a free streaming service and app that it expects will be used most frequently by customers on their mobile devices.

In preparation for the Monday start, Fox has been building a staff, plucking personnel from The Weather Channel and markets in New York, Houston, Phoenix, Miami, Charlotte, North Carolina, and elsewhere.

Advances in weather technology and interest created by climate change and more powerful storms has made weather news a popular area in which to invest, experts say.

“It's all we talk about,” said Sharri Berg, Fox Weather president. “We might as well build a platform for it.”

Fox Weather is moving into a market dominated by long-time players like The Weather Channel and AccuWeather — both of whom have been busy building their own new products — as well as aggressive niche players.

When Berg scrolls through weather apps, she said she sees many specialty services that concentrate on things like surf conditions or wind. Besides convenience and clarity, Berg said one of Fox's chief selling points will be offering a single destination for people to get many things — local forecasts (with 3-D radar), severe weather warnings, weather-related news stories and a video stream that operates like a traditional TV network.

“It's not so much reinventing the way you tell the weather story, it's just improving upon it,” said Steve Baron, Fox Weather senior vice president for digital products and strategy.

Byron Allen, owner of The Weather Channel, sounded almost giddy at the prospect of another challenger.

“I'm just a kid from Detroit pinching myself, to be in competition with Rupert Murdoch, one of the greatest media moguls of all time,” Allen said. "That's an honor for me.

“I would have been disappointed if he didn't come into the weather space, because it's a great space, and it's an important space,” he said. “We certainly don't mind the competition.”

The Weather Channel next year is introducing subscription-based streaming services so people who have abandoned cable will have access to their programming. It will also launch a Spanish-language streaming service.

Allen pointed to consumer surveys that rate The Weather Channel highly as a source of information. “They know we are reliable and trusted,” he said. “You don't get that overnight. It is earned.”

Similarly, Jonathan Porter, senior vice president and meteorologist at AccuWeather, pointed to the precise forecasting services the company has built over many years that are provided to consumers and businesses — even to many Fox-owned television stations.

“Fox will have to demonstrate that they can compensate for not having all of these capabilities when they launch,” Porter said.

Some of the Fox News Media products — like the Fox Business Network and Fox Nation streaming service — are ideologically comfortable for viewers of the main Fox News Channel. That raises the question of whether the same would be true of Fox Weather. While executives at both The Weather Channel and AccuWeather stressed that their services are paying attention to the impact of climate change on the world's weather, several Fox News commentators have expressed skepticism about the subject.

“We're not debating or ignoring it,” Berg said. “It's part of how we live now. We'll be translating it and basing it on science and data, that is what we are focused on. This is a 100% pure weather product and weather-centric focused platform.”

In addition to more powerful storms and bigger wildfires, the science of forecasting has also changed. Newly robust computer technology has greatly improved forecasting ability, and experts say this has also fueled interest among consumers.

AccuWeather, for example, introduced a MinuteCast service in 2016, and has steadily improved upon it since, offering very precise forecasts, for example, of when it might start raining on one side of town. There's no way a similar service could