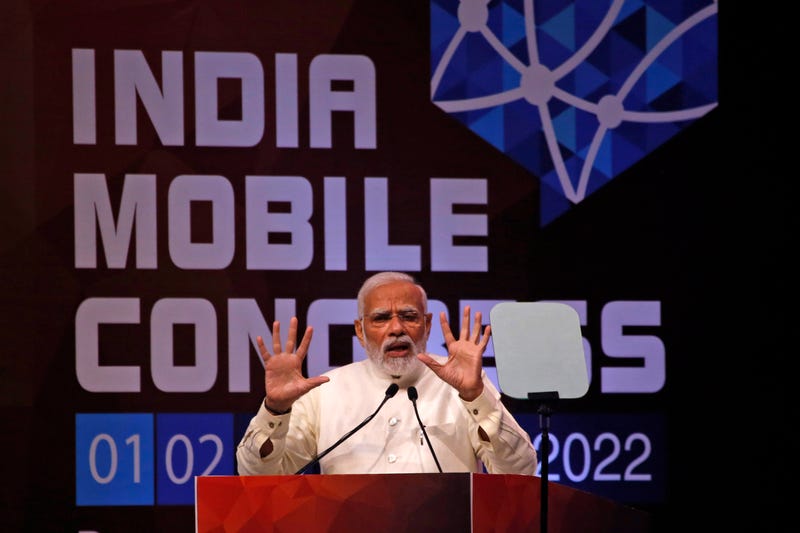 The launch in select cities will cover the entire country over the next couple of years, a government statement said.

“This event will be etched in history,” Modi said at the launch. He said it was a “step towards the new era in the country” and “the beginning of infinite opportunities.”

Bharti Airtel is rolling out its 5G services in eight cities on Saturday and has set March 2024 as the deadline for countrywide coverage for as many as 5,000 towns.

Reliance Jio telecom company plans to start from four metropolitan areas in October and hopes to reach most cities and towns in 18 months.

The government said that the cumulative economic impact of 5G on India is expected to reach $450 billion by 2035.

Research agency OMDIA projects that with 369 million 5G subscriptions — over half the total global 5G subscriptions currently — India will be just behind China and the U.S. in world rankings by 2026. India would have ousted Japan from the third spot with 147 million customers, according to Business Standard newspaper.