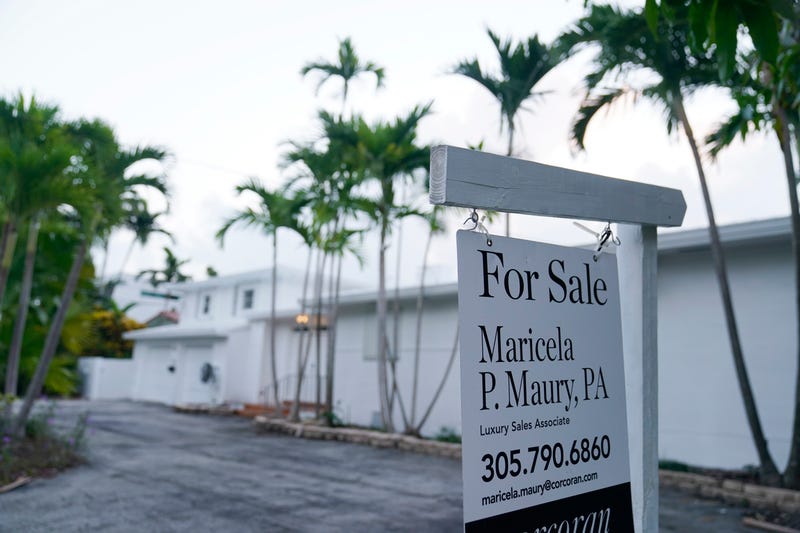 LOS ANGELES (AP) — Mortgage rates have hovered near all-time lows for much of this year, even as inflation has increased sharply across much of the economy.

That could begin to change in the weeks to come, now that the Federal Reserve has signaled it could announce as early as next month plans to begin rolling back the measures it has taken to shore up the economy during the pandemic.

The Fed is widely expected to announce a timetable for reducing its monthly bond purchases at its next meeting in early November. Those bond purchases have helped keep mortgage rates at ultra-low levels for much of the last 18 months.

The average rate for a 30-year mortgage climbed to 3.09% this week, the highest level since April, when it peaked at 3.18%, according to Freddie Mac. A year ago, the rate averaged 2.8%.

Signals from the Fed and signs that inflation remains pervasive set the stage for mortgage rates to move even higher in coming months, economists say.

“The biggest influence is that the Federal Reserve is poised to start dialing back their bond purchases as soon as next month,” said Greg McBride, chief financial analyst for Bankrate. “However, in the months ahead inflation will likely be the single biggest determinant of what happens with mortgage rates. Whether or not they go higher, and if so, how much higher.”

McBride expects that long-term mortgage rates will average between 3% and 4% over the next 12 months.

That’s along the same lines as a forecast this week by the Mortgage Bankers Association, which projects the average rate for a 30-year, fixed-rate mortgage to close out this year at 3.1% and then rise to 4% by the end of next year.

“The Fed will likely raise interest rates by the middle of next year,” Nadia Evangelou, a senior economist at the NAR, wrote in an inflation analysis last week. “When the Fed increases its interest rates, banks do, too. And when that happens, mortgage rates go up for borrowers.”

Last December, the Fed said that it would buy $120 billion a month in bonds until the economy had made “substantial progress” toward its goals of maximum employment and inflation that averages 2% over time. The bond purchases are intended to spur more borrowing and spending by keeping longer-term interest rates low.

The central bank has also kept its short-term benchmark rate at nearly zero, but rising inflation has turned up the pressure on the Fed to dial-back its low-interest rate policies.