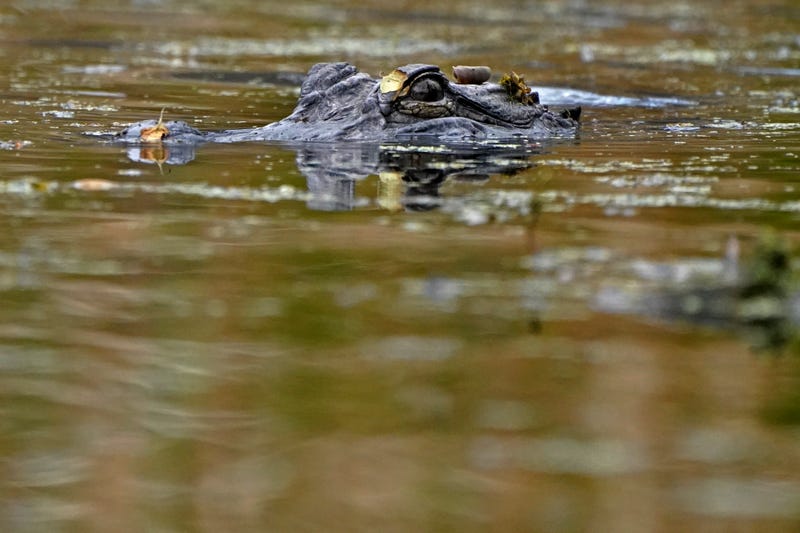 NEW ORLEANS (AP) — Once-endangered alligators are thriving in the wild, so Louisiana authorities are proposing a deep cut in the percentage that farmers must return to marshes where their eggs were laid.

“Over the past 50 years, alligator nest surveys have increased from an estimate of less than 10,000 in the 1970s and 1980s to well over 60,000 nests in recent years," the Louisiana Wildlife and Fisheries Commission said in a notice published Wednesday. "This increase in nesting has produced a population that can now be sustained with a much lower farm return rate.”

The commission is taking comments until Jan. 4 on a proposal to cut that rate from 10% to 5%.

The big armored reptiles don’t breed well in captivity, so farmers are allowed to collect eggs from nests as long as they return a percentage to the same area as youngsters big enough to foil predators other than people and much bigger alligators.

Alligator hides are made into luxury leather for products including watchbands, boots and purses. The meat is used in sausages; companies also sell roasts, steaks, ribs, nuggets, jerky and even whole skinned alligators. Forelegs are marketed as “alligator wings.”

About 1.2 million have been returned since alligator farming was approved in 1986, Jeb Linscombe, head of the Louisiana Department of Wildlife and Fisheries' alligator program, said Thursday.

The return percentage was first set at 17%, based on estimates that about 83% die in the egg or before they're 4 feet (1.2 meters) long. A wild-hatched gator that size would be about 4 years old, but readily available food lets farmed alligators grow much faster.

Raccoons, other predators and floods destroy about one-third of all nests. The black and yellow hatchlings are about 8.5 inches (22 centimeters) long and weigh only 2 ounces (57 grams). That makes them easy prey for bigger gators, wading birds, otters and fish even though mother alligators stay with their babies for about a year.