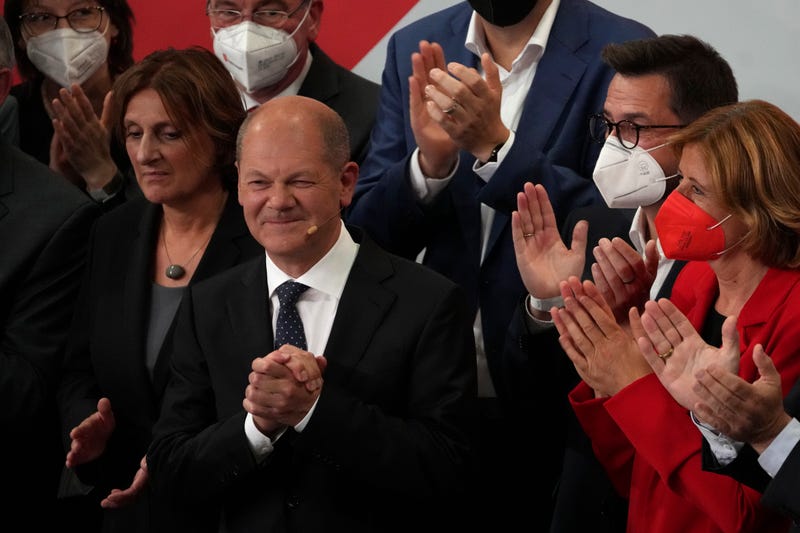 The Social Democrats’ candidate Olaf Scholz, the outgoing vice chancellor and finance minister who pulled his party out of a years-long slump, said the outcome was “a very clear mandate to ensure now that we put together a good, pragmatic government for Germany.”

Despite getting its worst-ever result in a federal contest, the Union bloc said it too would reach out to smaller parties to discuss forming a government, while Merkel stays on in a caretaker role until a successor is sworn in.

Election officials said early Monday that a count of all 299 constituencies showed the Social Democrats received 25.9% of the vote, ahead of 24.1% for the Union bloc. No winning party in a German national election had previously taken less than 31% of the vote.