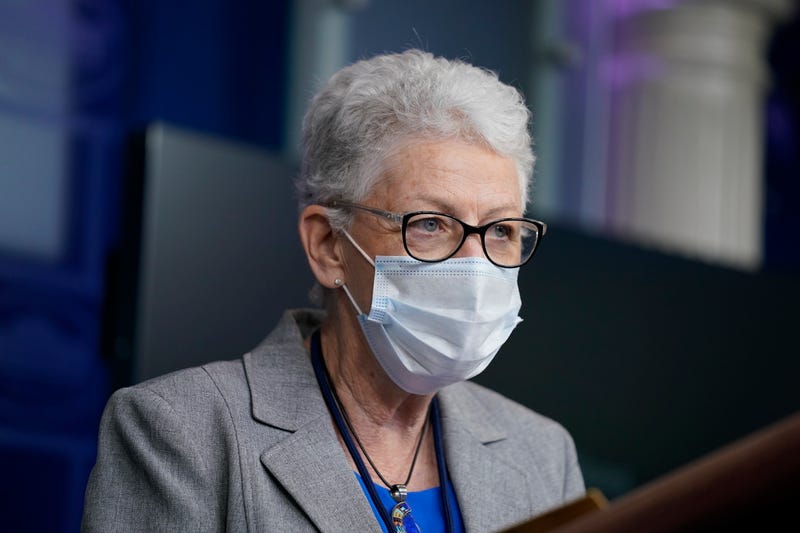 WASHINGTON (AP) — The deadly winter storm that caused widespread power outages in Texas and other states is a “wake-up call” for the United States to build energy systems and other infrastructure that are more reliable and resilient in the face of extreme-weather events linked to climate change, President Joe Biden's national climate adviser says.

In an interview with The Associated Press, Gina McCarthy said Friday that the storm that devastated Texas and other states “is not going to be as unusual as people had hoped. It is going to happen, and we need to be as resilient and working together as much as possible. We need systems of energy that are reliable and resilient as well.''

McCarthy said the scientific evidence is clear that more frequent and more dangerous storms are likely, “and if we really care about keeping our people working and keeping our kids healthy and giving them a future we’re proud of, then we’re not going to ignore these wake-up calls. We’re going to take action.''

McCarthy's comments came as Biden and his wife Jill were in Texas to survey damage caused by the storm, which caused millions of homes and business to lose heat and running water. At least 40 people in the state died.

"We need to envision a future and an optimistic way of giving people hope again — that we are building back better,'' she said, using Biden's slogan for a plan costing at least $2 trillion to rebuild the nation's infrastructure and create clean-energy jobs.

“It is a catchy phrase, but it also is a kind of optimistic rallying cry and I think we ought to heed it,″ McCarthy said.

McCarthy said she expects an “after-action” report on the Texas crisis and ways it can be avoided in the future. Many people were caught in frigid homes that lacked heat for days in subfreezing temperatures.

Texas is not connected to the rest of the nation's power grid, and McCarthy said the storm may be reason to rethink that.

“You know, now’s not the time for me to be pointing fingers, but clearly the United States has always done best when it’s worked together and relied on one another,'' she said. “And I think Texas might ... have a real opportunity and probably ought to think about making sure they join with their neighbors in an interstate grid system that allows them flexibility, and that helps them help their neighbors when the time comes.''

While Oklahoma, Louisiana and other neighboring states also were hit hard by the storm, they were able to rely on each other, she said.

McCarthy said Biden is committed to an all-of-government response to climate change, which she said was “part and parcel of a strategy to strengthen our economy and grow jobs” amid the coronavirus pandemic.

Biden has set a goal of eliminating pollution from fossil fuel in the power sector by 2035 and from the U.S. economy overall by 2050, speeding what is already a market-driven growth of solar and wind energy and lessening the country’s dependence on oil and gas. The aggressive plan is aimed at slowing human-caused global warming that is magnifying extreme weather events such as the Texas storm and deadly wildfires in the West.

Biden also wants to ensure that efforts to address climate change include “workers that have been left behind” by closed coal mines or power plants, as well as communities located near polluting refineries and other hazards, McCarthy said.

For example, Biden's plans to provide 500,000 charging stations for electric cars and invest in battery technology are intended to make it easier for the public to participate in a clean-energy economy. “If we can lower that cost, and everybody knows they can get where they need to go when they need to get there" in an electric car, "we'll get the kind of demand on the auto-sector side that we need,'' she said.

Similarly, if utilities are given the right incentives, they can meet Biden's goal to have net-zero carbon emissions by 2035, McCarthy said. The head of a lobbying group for electric utilities said earlier this month that the 2035 date would be “an incredibly difficult situation to handle" for most U.S. providers.

While she respects the group and individual utilities, 2035 is Biden's goal "and I think we will get there,'' McCarthy said.

The working group is intended to "bring a high level of representation from every single agency ... to come around the table and start thinking about ways in which we can really address communities that may be having difficult transitions,'' she said.

One idea, endorsed by West Virginia Sen. Joe Manchin, the chairman of the Senate Energy Committee, is to ramp up a program to seal and clean abandoned coal mines in his state and across the country. Former coal miners and power plant workers “have a terrific skill set that could be used in the same areas to start closing some of the mines,'' she said. “We can provide significant resources to keep people working in those areas ... and it’s going to reduce methane emissions'' that are now spewing virtually uncontrolled.

“From a climate perspective, we can address a dangerous problem,'' she said, while also “investing in ways that continue to build up opportunities for workers to work.''

music
Man faces charges after chopping down 150 trees
music
Taco Bell is going to start reusing hot sauce packets
music
Weezer gives us some of that with new song ‘I Need Some of That’
music
We weren't sure about the Oscars, until we found out Questlove is playing a role
sports
2021 NFL Draft: Mr. Irrelevant odds favor offensive player
news
Latinoamericanos ricos están viajando a EE. UU. para vacunarse contra el COVID-19