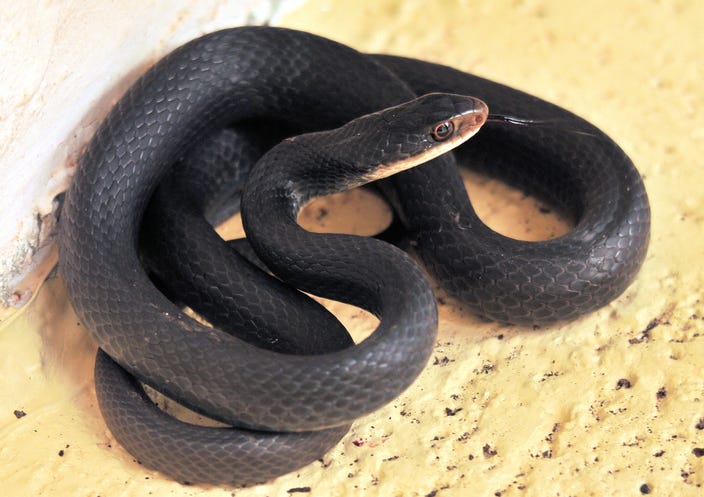 An investigation is under way after a man was found dead inside his suburban Maryland home, surrounded by more than 100 snakes.

A total of 124 snakes were discovered inside of cages and all appeared to be "meticulously cared for," according to officials.

"They were all very properly secured. They were racked. He did not keep a lot of furniture inside the home, so there was no place if a snake, for example, were to escape, where it could hide or harm anybody," Jennifer Harris, spokesperson for Charles County, told NBC4 Washington.

Some of the snakes are venomous and illegal to keep as pets in Maryland. The most shocking find was a 14-foot-long Burmese python, Harris said. The man also had rattlesnakes, cobras and black mambas.

Authorities were called to the 49-year-old man's home in Pomfret, about 30 miles south of Washington, D.C., on Wednesday after a neighbor saw him lying on the floor unconscious and called 911. He was pronounced dead at the scene.

The sheriff's office said there were no obvious signs of foul play. A medical examiner will determine the man's cause of death.

Animal control officers spent hours on Thursday removing the snakes from the home. Reptile experts from North Carolina and Virginia were also brought in to help with the effort.

Officials said the man was well known in the community, but that his neighbors had no idea he was keeping such a massive collection of snakes. 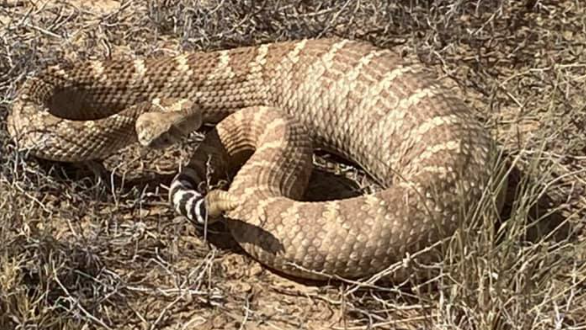 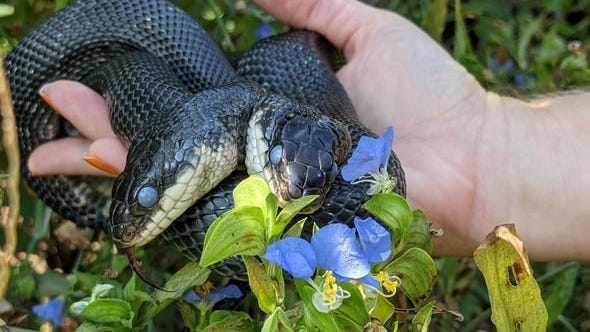